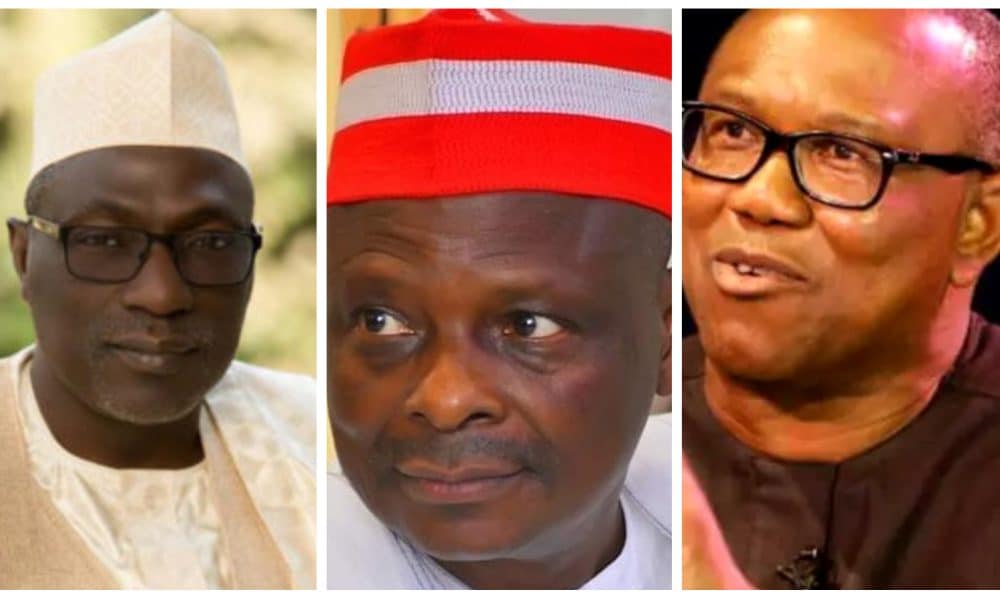 Speaking during an appearance on Channels Television on Tuesday, Makarfi urged the former governors of Anambra and Kano States respectively to swallow their personal ambition and return to the party.

The former Governor of Kaduna State called on the two candidates to shelve their ambition for the sake of this country and bring positive change by pushing the All Progressives Congress (APC) out of power.

Makarfi asked Obi and Kwankwaso to join forces with the PDP Presidential candidate, Atiku Abubakar, to win the 2023 presidential election.

He also said frustrated youths are using the LP presidential candidate as a symbol, adding that youths should not make decisions in anger in order not to worsen their present situation.

He said, “Nigerian politics is a bit funny especially politics of the opposition. Before APC captured power, the opposition came together but unfortunately, we have a situation in Nigeria where the opposition wakes up and everyone tries to capture power.

“I want to make a plea to other opposition parties that let them think about Nigeria first and what is good for Nigeria; let us do what APC did – come together, talk amongst ourselves and arrive at something that all of us will agree to and bring positive change to this country.

“Peter Obi, personally, he respects me, I respect him. Kwankwaso still is my friend, I respect him but the issue is that we should all swallow personal ambition for the sake of this country and bring positive change by changing the government that is in power today.

“About the fears of the youths, I am not blaming them but when you are frustrated when you are angry, you may take a decision that will worsen your situation.

“I call on other opposition parties to actually come together, especially Peter Obi, I know he respects our presidential candidate (Atiku) a lot and many of us. PDP will be home to him, PDP will be home to his supporters, and Kwankwaso, we all started PDP together, let us come back home and do the needful for the sake of this country.”