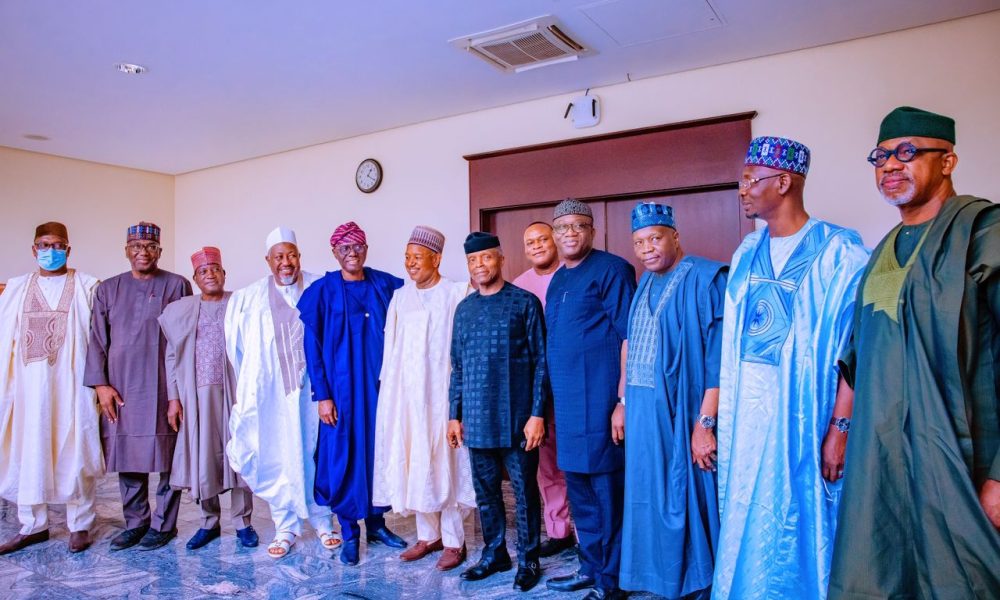 Governors elected on the platform of the All Progressives Congress (APC) on Tuesday visited the Vice President, Professor Yemi Osinbajo.

Naija News reports the Governors visited Osinbajo at the presidential villa in Abuja.

After the meeting, Osinbajo took to the micro-blogging site, Twitter to reveal what they discussed. According to the Vice President, their discussions focused on national issues and how to get quick resolutions for the issues.

He also appreciated the Governors for the visit.

The Vice President wrote: “My utmost appreciation to the APC State Governors that visited me this afternoon.

“We discussed some national issues and are committed to the quick resolution of those pressing issues.” 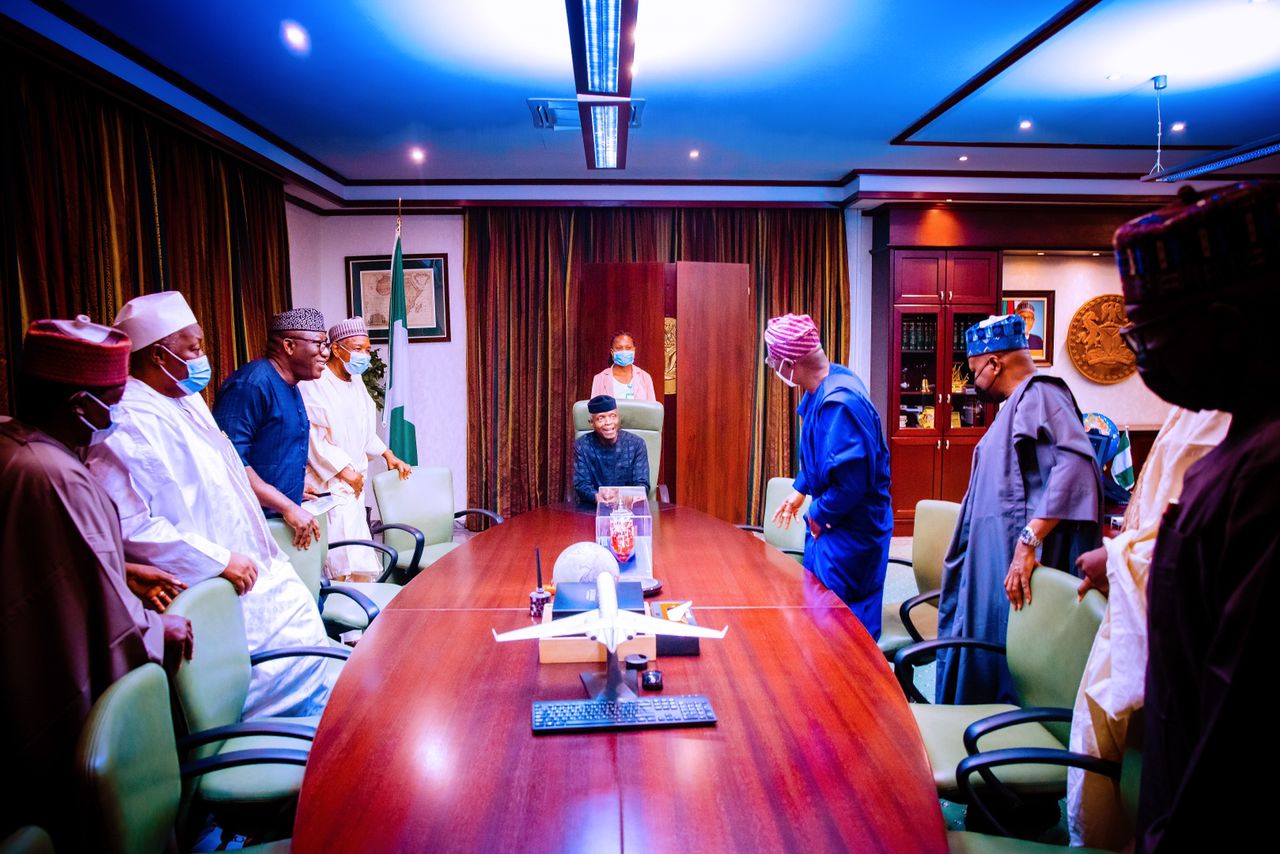 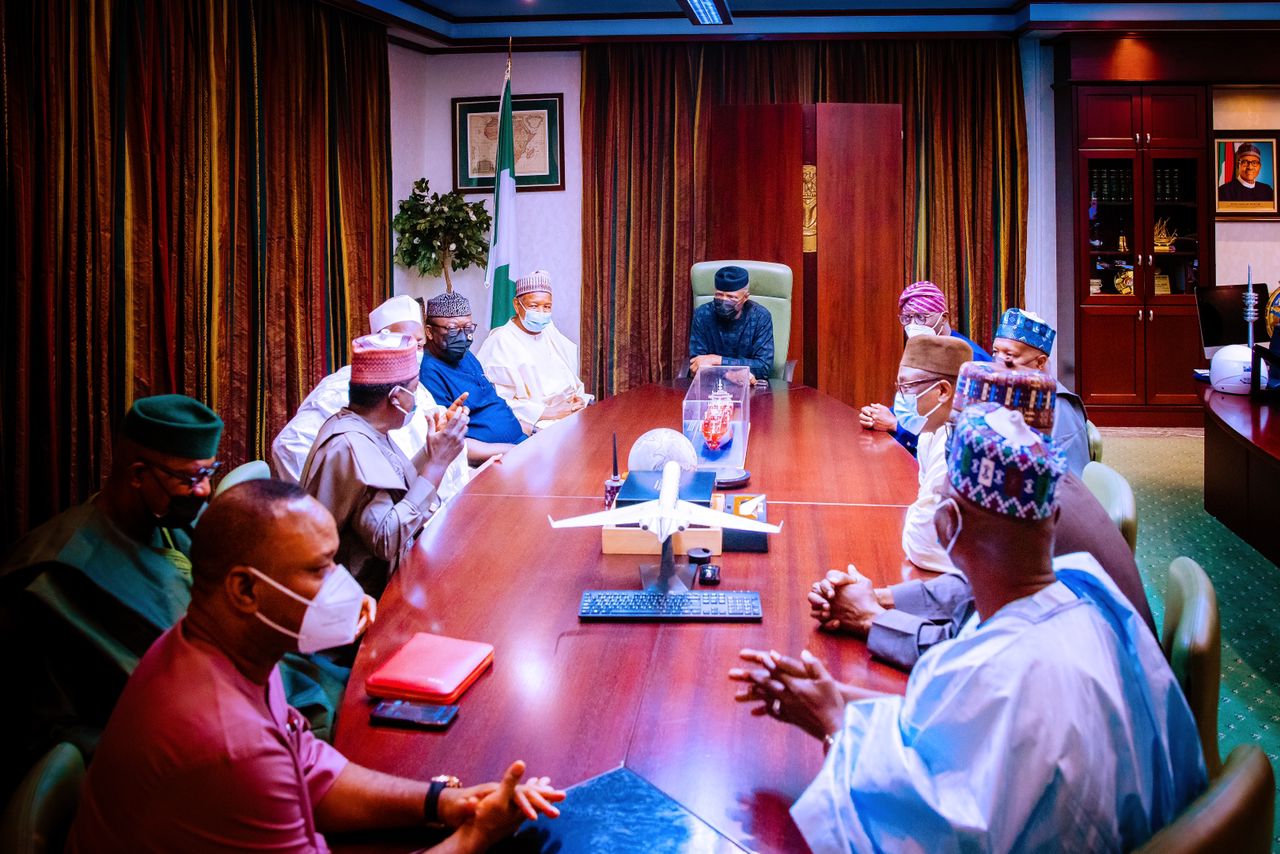 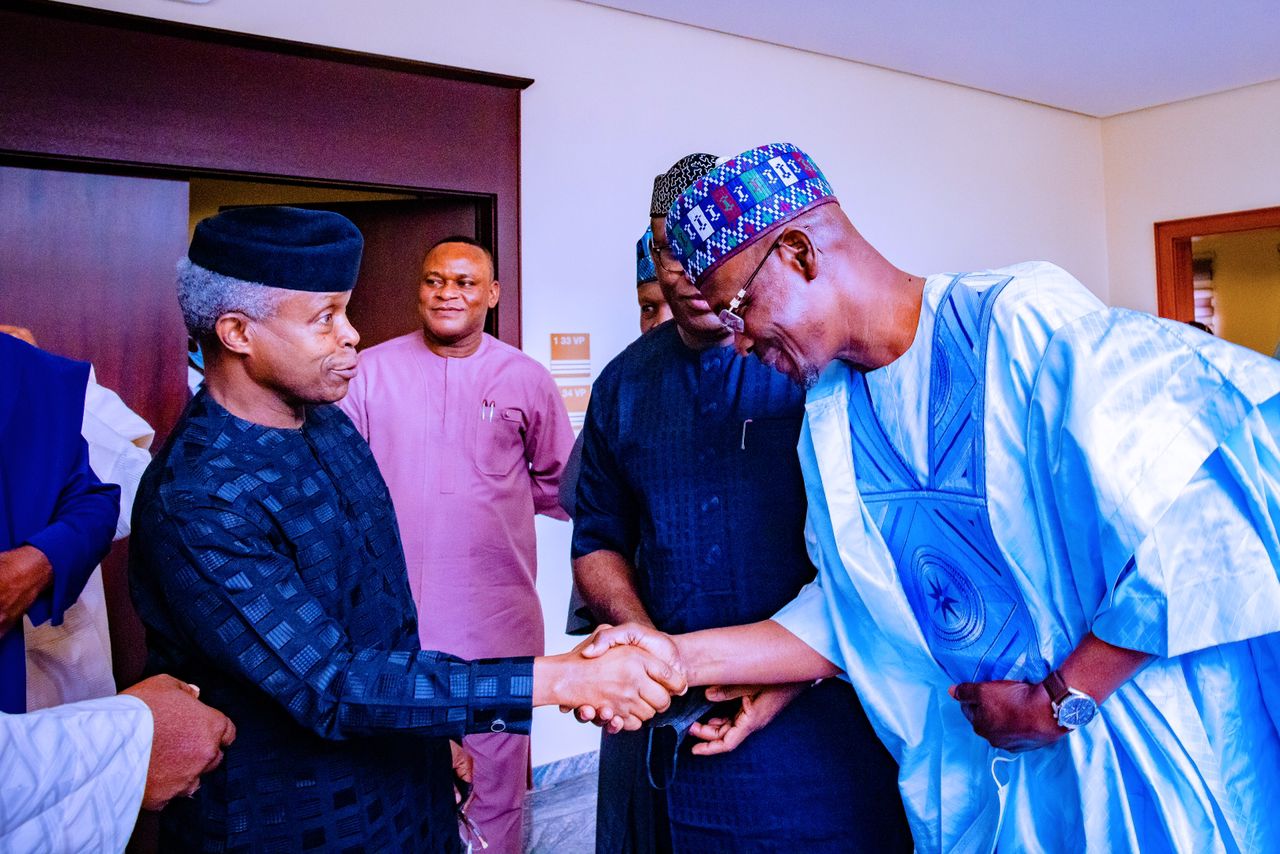 President Muhammadu Buhari has met behind closed doors with the Governors elected on the platform of the All Progressives Congress (APC).

Naija News reports that the leader of the party met with the APC governors on Tuesday inside the Council Chambers of the State House, Abuja.

It is understood that some of the issues discussed centred on the 2023 general elections. However, the governors did not brief the press after the meeting.