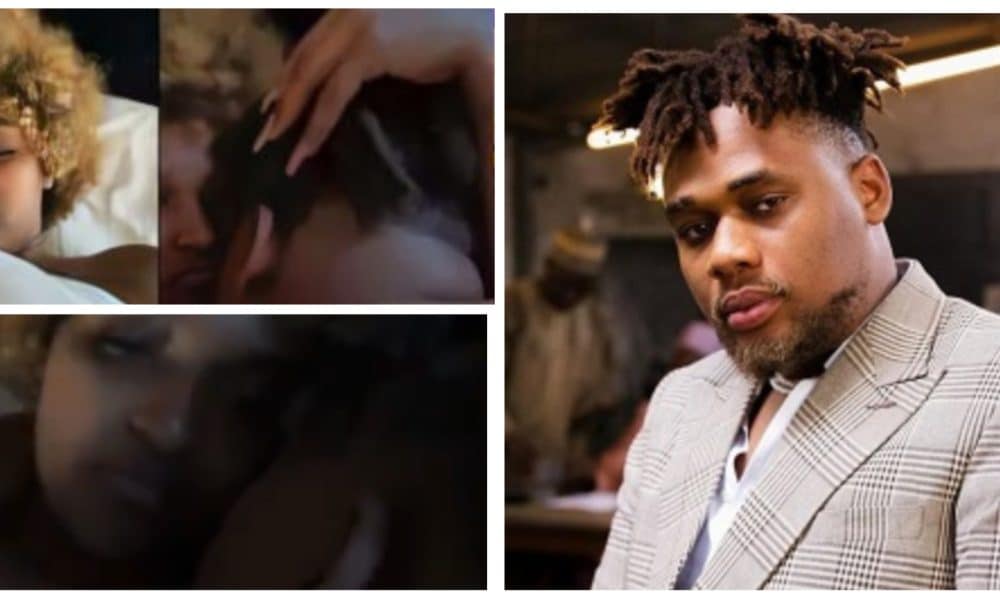 Nigerian singer, Daniel Benson professionally known as BNXN has broken silence, days after his nude was leaked by a Swedish lady, who claims to be his girlfriend.

Naija News reports that a few days ago, a Swedish lady, identified as Filma Jones, leaked several intimate videos of them including footage showing them in bed and another video showing the singer completely naked.

The lady claimed the singer allegedly got her pregnant and dumped her.

Reacting to this, BNXN in a post shared on Snapchat claimed that the issue made him broken for the first time in his life.

He wrote: “For the first time in my life, I’m broken and na me cause am. I’m incapable of loving anybody in this world asides Peggy, before you step to me with whatever you think you got gong on, know this. I fit day follow you catch cruise but you no reach, Na me just day do rubbish.”

Ruger And BNXN Engage In War Of Words

The rift between the duo began in July when Ruger replied to a BNXN fan who claimed the latter was a better singer.

In his response, Ruger insinuated that his success in the music industry was based on his solo songs while BNXN, formerly known as Buju, relied on collaboration to make hits.

BNXN, who recently released his new project, ‘Bad Since ’97, on Wednesday, took to Twitter to make a celebratory post after it topped Apple Music’s Nigerian album chart.