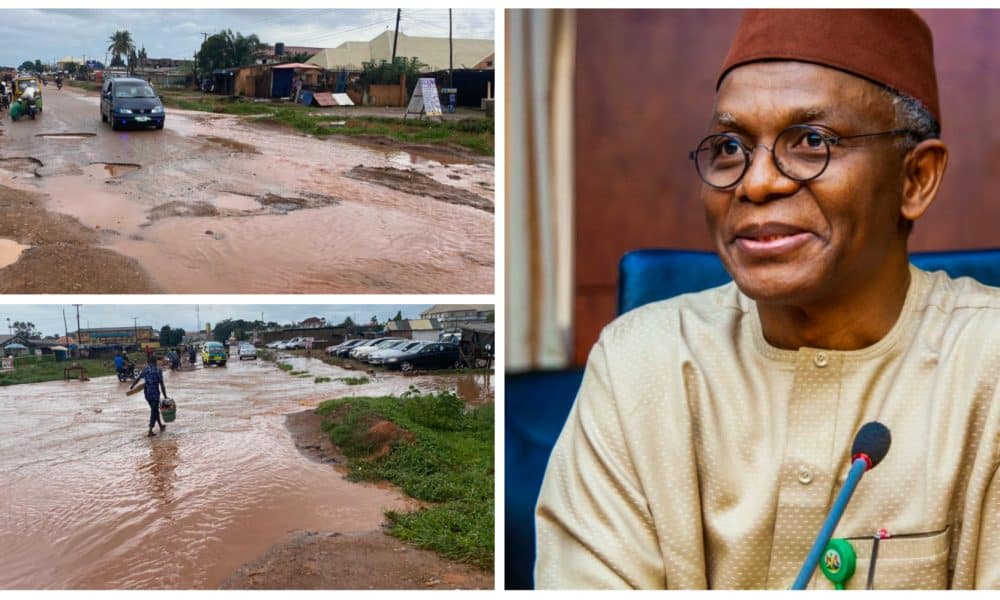 The Kaduna State Governor, Nasir El-Rufai has reacted after being called out over the deplorable roads in the state.

Naija News reports that TrakaNG took to the microblogging platform to share photos of the deplorable state of some roads in Kaduna.

They called on the attention of El-Rufai, urging him to do the needful and make the roads motorable for users.

It Is Not State Responsibility

Responding to the tweet, the governor said the roads would be fixed, stressing that it is the local government’s responsibility and not that of the state government.

He wrote: “Thank you @TrackaNG for the heads up. The Administrator of Kaduna Capital Territory @HafizBayero will lead MD @KADRA_kdsg Engr Habiba Buhari, & the Chairmen of Kaduna South & Chikun LGs to fix the road. It is an LG responsibility not that of the State Government really. God Bless”