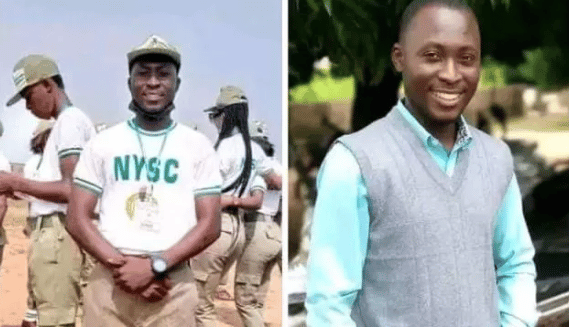 Lahiru, the mother of 28-year-old National Youth Service member (NYSC), Samaila Awudu, who was reportedly killed by gunmen that invaded their corpers’ lodge in Yola South LGA, Adamawa State, has demanded compensation over the sudden death of her son.

It would be recalled that Samaila was inflicted with life-threatening wounds by the assailants, and died shortly after he was rushed and admitted to the Federal Medical Centre (FMC) Yola.

Speaking about his death to BBC News, Lahiru noted that her heart is angry at the moment over the pain of losing her son shortly after his father’s death.

“I am feeling the pain of what happened to my son who was the gentlest of souls, since he was a small child. He does not fight nor get into trouble with anyone.

“We talked every day on the phone; infact on the day of the attack, he told me, he will be meeting me in Jalingo where one of his cousins was organizing a wedding ceremony.

“I have seven children and Samalia helps me alongside his brother, the other five are females,” She said

The late corper’s mother added that she was pained that she didn’t get the chance to visit her son when he was admitted in the hospital, adding that they want to be compensated.

The family leader, Enger John said they want compensation from the government due to what happened to their child.

“We want compensation for Samaila and also want the government to scrap NYSC especially in areas with records of insecurity, so that people’s children will be safe,” he said.