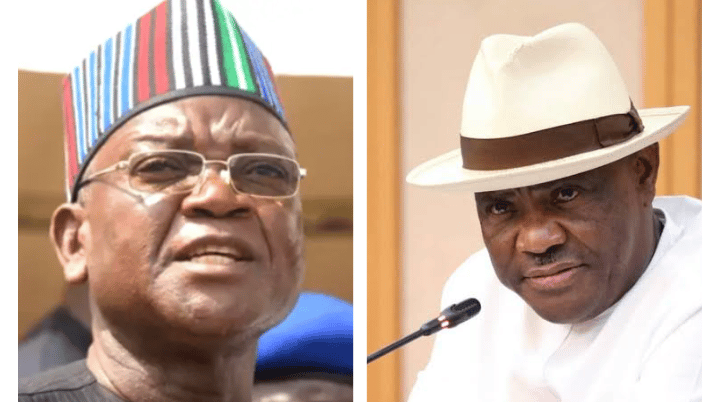 The Governor of Benue State, Samuel Ortom has reacted after the Miyetti Allah Kautal Hore group allegedly accused him of neglecting his responsibilities as governor to become an ‘Errand Boy’ to the Governor of Rivers State, Nyesom Wike.

Naija News reports that in the past few days Ortom has been having a back and forth with members of the Miyetti Allah.

The Fulani herders group had Instigated a suit against Ortom at the International Criminal Court (ICC) for allegedly seizing over 25,000 cows belonging to his members and detaining about 4000 herders.

However, during an interview with The International Centre For Investigative Reporting (ICIR), Ortom said that the Miyetti Allah is only pained because of the outcome of his relationship with Wike. He said that he was not close to Wike before but now that they are friends, no one can stop them.

His words: “I am the governor of Benue State, and I am not lacking in any area of my responsibility. Despite all the challenges I have, we have been able to provide basic infrastructure. My relationship with Wike pains them. You know your true friend when you are in distress. They are annoyed because we have taken the lead in guiding people”