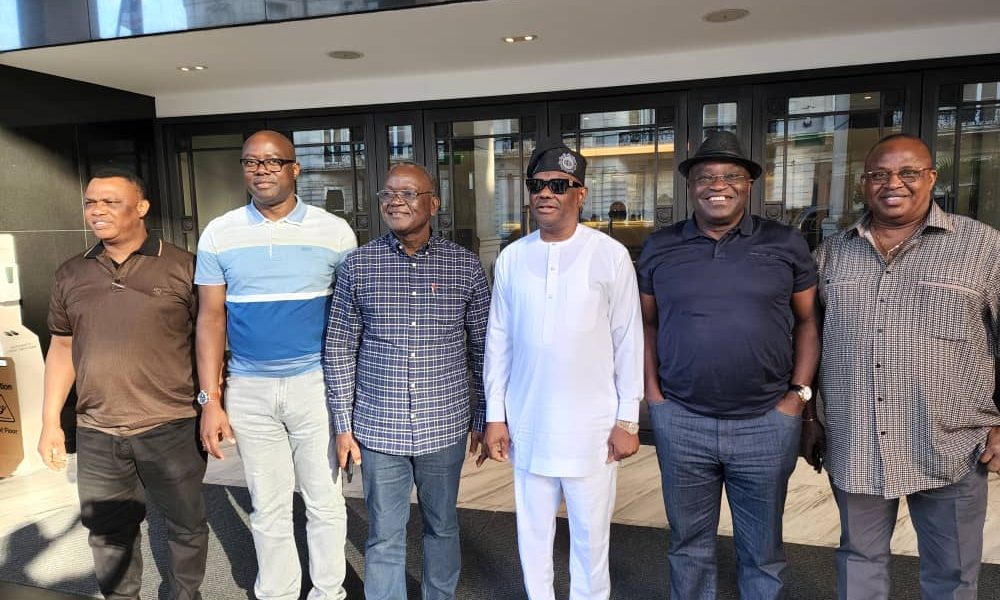 Some hotheads in the Peoples Democratic Party (PDP) are reportedly considering fighting back viciously against Governor Nyesom Wike of Rivers State and his allies over what they feel is an attempt to blackmail the opposition party by the governor.

Naija News reports that Atiku and Wike, alongside some governors, had been at loggerheads since May 2022, when Atiku emerged as the presidential candidate of the PDP. The crisis heightened after Delta State governor, Ifeanyi Okowa, was picked as Atiku’s running mate on June 16. Moves to reconcile all parties have failed.

Last Thursday, Atiku met with Wike in London alongside Okezie Ikpeazu, Samuel Ortom, Ahmadu Fintiri, and Seyi Makinde, the governors of Abia, Benue, Adamawa, and Oyo States, respectively. There were other PDP stakeholders, like Donald Duke, in attendance.

Sources speaking to Daily Sun revealed that these PDP hotheads are considering persuading the party to move ahead in the presidency battle without Wike and his allies.

The group, according to the report, is also considering the dissolution of excos of the party in Wike’s allies states and constituting caretaker committees outside their control or taking other extreme measures.

These measures include engineering the withdrawal of support for Ikpeazu and Ortom in their senatorial quest and Makinde, who is seeking reelection as governor, if the PDP does not do well in the presidential election in Abia, Benue, and Oyo states.

Sources revealed that at the London meeting, the Wike group gave the removal of PDP chairman, Iyorchia Ayu, and his replacement with somebody from the South as conditions for their cooperation.

However, the Wike group has been told that it is impossible to organize a convention to produce a new chairman before the general election.

According to the report, these hotheads have resolved not only to ignore the Rivers State governors and his allies but also to put the heat on them in the coming months.