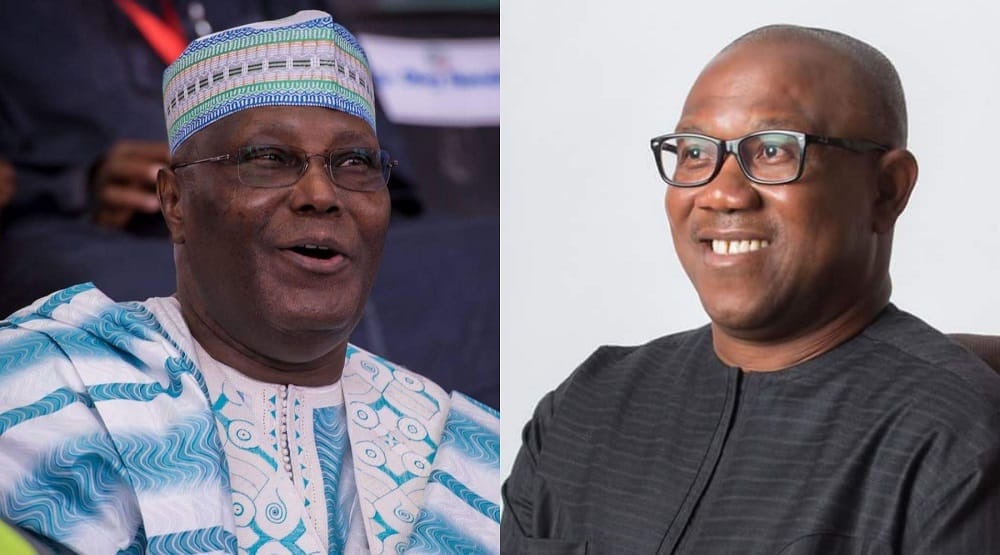 Labour Party presidential candidate, Peter Obi, has distanced himself from reports of a deal to support the candidacy of Atiku Abubakar, flagbearer of the Peoples Democratic Party (PDP), in the 2023 general elections.

Naija News earlier reported that Keyamo took to his Twitter page to share a report alleging that Peter Obi had agreed to clear the path for the emergence of Atiku Abubakar.

Speaking on Wednesday via his Director General of Campaign Organisation, Doyin Okupe, Obi denied the reports, saying they were utterly false.

Okupe further noted that the former Anambra state governor was ‘far ahead’ of all the other presidential candidates in the country, and as such cannot step down his aspiration for anyone.

He described the reports as cheap, self-serving and distracting propaganda, while urging Obi’s supporters to stay focused on the mission to ‘take back’ Nigeria.

“I hereby categorically refute the false statement, making the rounds, that Peter Obi has made any deal with Alhaji Atiku Abubakar, the Presidential candidate of the PDP, with respect to the 2023 Presidential elections.

“By the Grace of God and the massive acceptance and support of the Nigerian people, home and abroad, and especially the youths, Obi is far ahead of all other presidential candidates in the country.

“He, therefore, cannot, logically, be negotiating with any other less popular candidates or their parties.

“Members of the public are hereby advised to ignore this cheap, self-serving and distracting propaganda,” Okupe added.