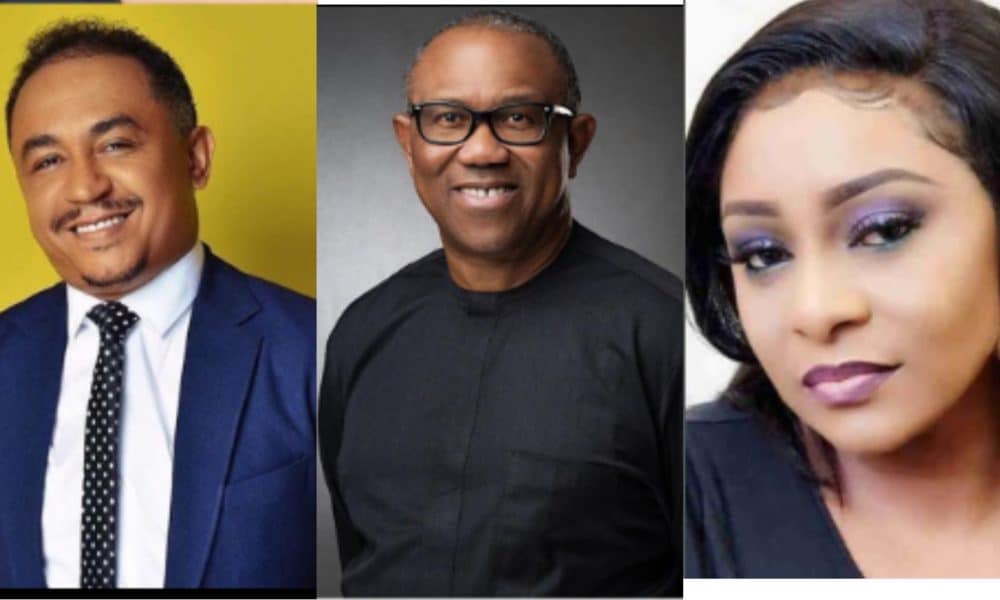 Peter Obi’s supporters are generally known as ‘Obidient’ who are made up of Nigerians, who have pledged their allegiance to him.

Taking to his instagram, Daddy Freeze wrote; “1: Obidients: Amazing guys who understand his philosophy and support him passionately.

“2: Zombidients: These ones just dey follow Obi cluelessly with their eyes closed as the name suggests.

“3: Obi supporters: A coagulation of Louts and touts lurking online an offline, ready to jump and attack anyone who doesn’t support Obi. Which of these do you fall into? ~FRZ”

Reacting to the statement, Victoria Inyama noted that most of the supporters of Peter Obi are made up of 70 percent of categories two and three classified by Daddy Freeze.

“Number 2 and 3 are the major 70percent. Ask what they are supporting him for and no clue,” she said.