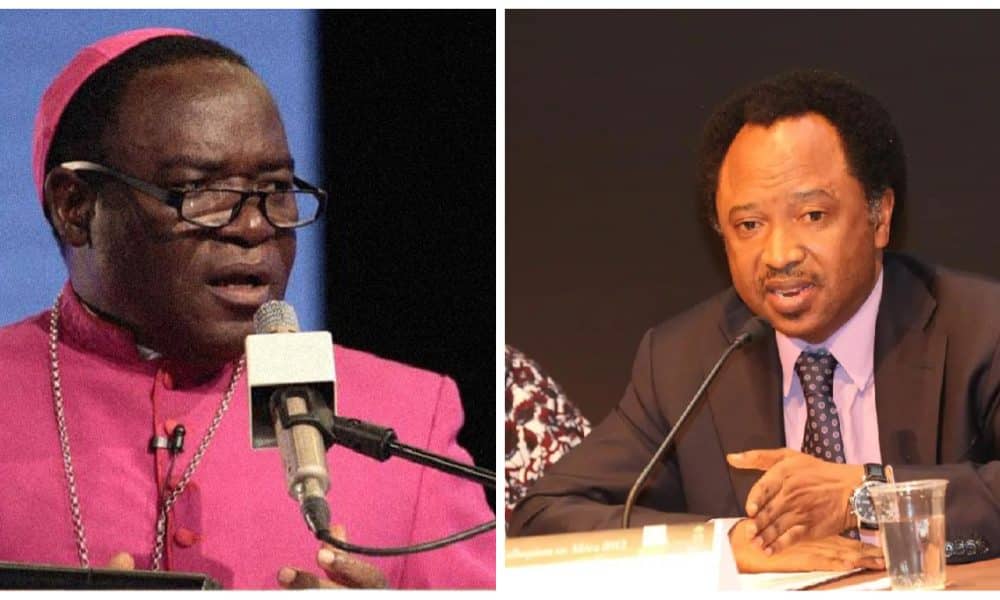 Sani, however, was cryptic in his congratulatory message to the renowned clergyman as he claimed that they (unnamed individuals) will say ‘Happy Birthday’ to Kukah only with their lips and not with their hearts.

It was unclear who the former lawmaker and ex-governorship aspirant was referring to but his Twitter post read thus: “Happy 70th Birthday Mathew Kukah. They will say Happy Birthday to you with their lips and not with their Hearts.”

Naija News understands that Sani’s comment has since generated a mixed reaction on the microblogging platform as many netizens questioned his public engagement.

Nigerian Youths Will Determine Next President Of The Country – Kukah

In mid-August 2022, Bishop Kukah stated that the youths have a key role to play in the 2023 general elections because the outcome of the exercise is dependent on them.

The respected Christian cleric said it would be a tragedy for young Nigerians if they do not see that they have the opportunity to change the country.

Kukah, however, urged young Nigerians to shun ethnicity and elect leaders who will create a better country in 2023.

The Catholic Bishop who spoke during an interview on Channels Television said: “This election, whether we like it or not, is going to be determined by the young people of Nigeria, who are better informed and far more patriotic than those who governed them.

“So guess what? If you are young, there is a job for you — change this country. The wonderful part of this story is that we say that young people make up about 60 percent of the population of Nigeria. This is their moment, they have the ability and capacity.

“It would be a tragedy if they don’t see the opportunity that is available for them. The challenge for young people is to move beyond the silo that has held us back — break down the walls of dubious ethnicity and regionalism.

“Break down those walls erected by criminals who have no interest in your future; who have interest only in their future and the future of their children. Let’s create a wonderful country from Sokoto to Akwa Ibom.

“Right across the board, young people in the world want literally and basically the same thing — a limitless opportunity for people.”