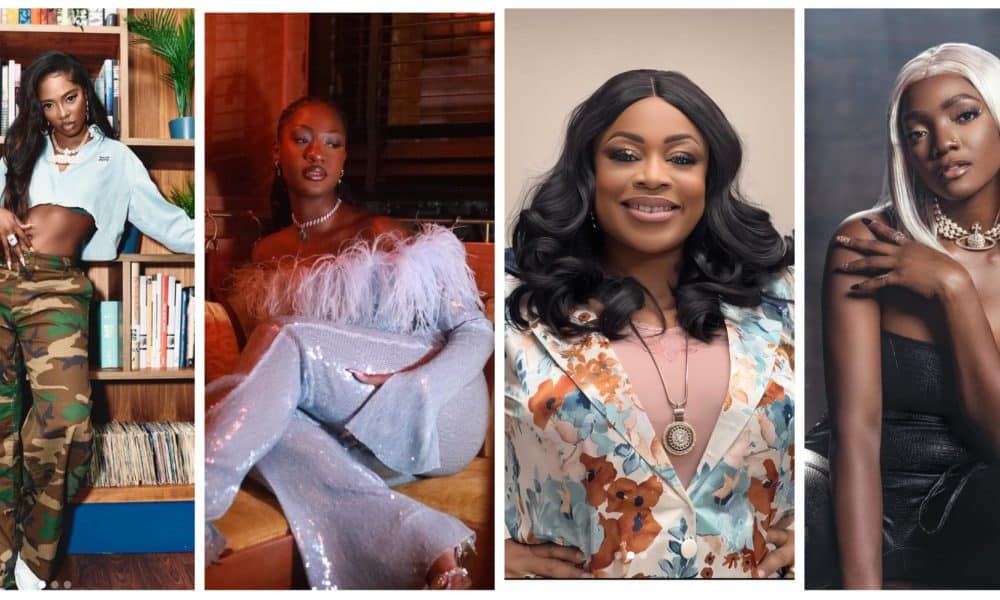 In an era when the music industry is brimming with so much competition, some Nigerian women have thrived and broken records.

In this article, Naija News highlights the notable records of some female Nigerian singers in the music scene.

1. Tems: Within a short period in the music industry, Terms has bagged awards and broken records. In June 2022, the singer made history as the first African woman to win Best International Act at the 2022 BET Awards.

In 2018, Tems quit her job to pursue a career in music and released her debut single, ‘Mr Rebel’, a song which she produced by herself.

2. Simi: In July 2022, Nigerian multiple award-winning singer, Simi recorded a huge landmark in her career as she became the first female artist to reach 100 million streams on Boomplay.

The Beautiful mother of one broke into the mainstream with her single ‘Tiff’ in 2014 and established herself as a super talented songwriter and singer.

3. Sinach: Secular Nigerian music always gets the bulk of the hype but in 2020, gospel singer Sinach made a bold statement for gospel singers in Nigeria and Africa when she became the first African Christian Musician to top billboard’s Christian songwriter charts for 7 weeks consecutively.

In September 2019, Sinach became the first gospel artist from Africa to tour India, headlining concerts with several thousand in attendance.

Sinach started singing as a hobby in 1989 and began writing songs when she was 19 years old.

4. Tiwa Savage: In 2018, the ‘Kele Kele’ crooner became the first woman to win the Best African Act at the MTV European Music Awards.

The singer professionally started music at the young age of 16 when she did backup vocals for a number of American singers including Kelly Clarkson, Mary J. Blige, Andrea Bucelli, George Michel, Blu Chantell and Chaka Chan.

5. Yemi Alade: In 2013 the singer released the single, Johnny which progressed into a hit that launched her into the mainstream scene.

In 2017 ‘Johnny’ music video became the most watched Nigerian music video on Youtube. Amassing a total of 78.8 million streams.

Yemi began her music career in 2009. Her fame grew when she won the Peak Talent Show the same year.

6. Sasha P: The singer has been away from the music scene for a while now. In 2008 Sasha became the first female Nigerian rapper to perform at the 2008 world music award show alongside 2baba and Kelly Hansome.

She started her career in 2003, winning a dedicated fan base entranced by her lyrical mastery and powerful stage presence. Her big break came when she was signed to Storm and released her hit debut ‘Adara.