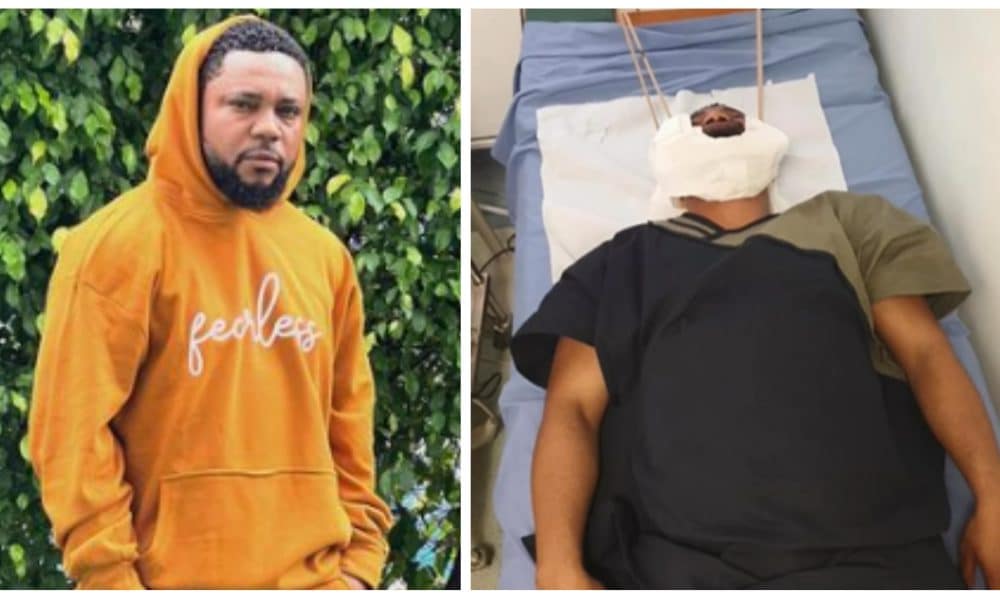 Nigerian Gospel act, Tim Godfrey has shared how he survived paralysis after landing in a hospital bed with severe back pains  in his body.

According to the newly married singer via his Instagram page, MRI showed his bones were 20 years older than his age.

The singer explained that asides the hellish pain he was feeling at the time, his spinal cord disc had shifted, mentioning  other complicated things were happening to him simultaneously.

He, however, noted that he summoned courage and took his pains to God. After some treatments and intensive prayers, Tim Godfrey has been healed.

Sharing the photos, Tim Godfrey extended gratitude to God; “This picture right here was when I was admitted in the hospital. It started with me feeling some pain at my back, then a hellish pain in my arms. I went for an MRI and the scientists told me that my bones were 20 years older than my age — over 69 years old when I’m in my 40s. They also told me that my spinal cord disc had shifted and all these other complicated things all happening to me at the same time. I was always in pain. Sometimes I would hold my head to my face and cry so badly. They told me that I had overstretched my body and a lot of other evil reports. But as the song says when there is a chance for evil, God turns it for good. I went home after some treatments and intensive prayers believing that I am healed and it is so. Right now I’m really grateful to God for the gift of healing. I imagine the plan of the enemy was that I’ll be paralyzed bit God turned it around. To you reading this, God is turning that situation around for you good. No matter the report of the enemy concerning your life, the report of the Lord says – he’s turning everything in your Favour! Rejoice!!”.