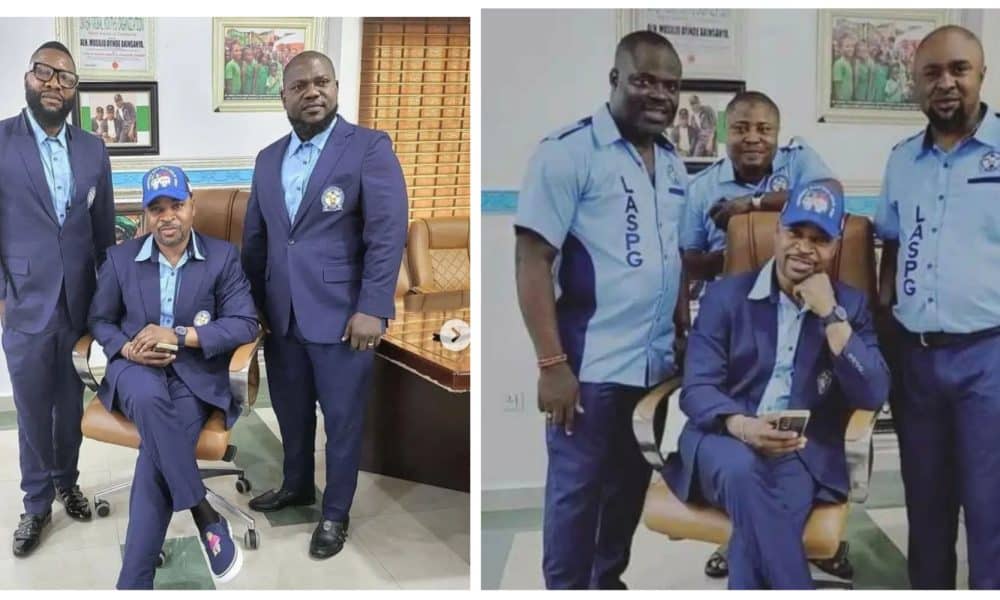 In the photos making the rounds online, MC Oluomo and some of his members were seen wearing the new uniform which comes with a jacket and the inscription ‘LASPG’.

This sparked reactions online with many saying the new uniform will not stop their touts behaviour.

igbanda_1 wrote: “Cooperate touts. It’s not about uniform. It’s about character. Will the agberos change their character ???”

adestriker9 wrote: “These people will continue to wield enormous power as long as politicians are using them for election.”

emperor_shobo wrote:  “Lagos state has immensely given these guys power, I don’t understand, think about it, if Tinubu wins the presidency…Naija to hear am.”

iambosgram wrote: “If u see these guys walking on the street of Oshodi with their entourage smoking and drinking weed, u will tell ur self that they are only there to rig election. This is one of the main reason why BAT cannot be president”

frankymoles wrote: “How do u guys throw jabs in suit now? Guess this is for those in office, we await uniform for those at the parks and roads for owo chairman.”