My Loyalty Does Not Lie With Peter Obi – Aisha Yesufu 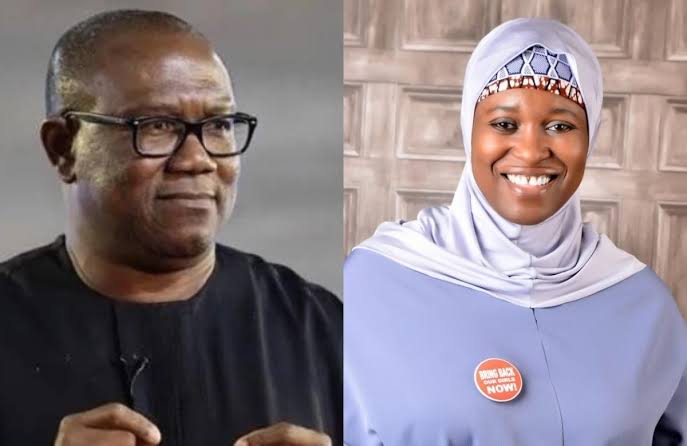 Media personality and activist, Aisha Yesufu has said that she is ready to criticize Labour Party (LP) presidential candidate, Peter Obi if he makes any wrong move.

Yesufu stated that her loyalty does not lie with Peter Obi but Nigeria.

Sharing her thoughts via her Twitter handle on Thursday night, Yesufu said she would criticize every of Obi’s moves on one hand, but support him to win on the other hand.

She tweeted: “Just so we are clear, my number one job is to criticise Peter Obi’s @PeterObi every move that needs to be criticised. The second is to support him to win the election, noting that she only needed someone that could make Nigeria work.

“My loyalty is to Nigeria not Peter Obi. I just need someone that can work for Nigeria.

Meanwhile , Peter Obi, has reacted to a statement made by the vice-presidential candidate of the Peoples Democratic Party (PDP), Ifeanyi Okowa.

Naija News had earlier reported that Governor Okowa of Delta State had in an interview with reporters in Kano State on Wednesday cautioned Obi to stop whipping up sentiments through the church.

Okowa had said the church should not be dragged into politics and the LP candidate should stop trying to use the Church or drive Christians into politics because it is not their calling.

He was reacting to Obi’s recent visits to several churches including the Dunamis International Gospel Centre, Abuja and the Redemption City of the Redeemed Christian Church of God, where he was warmly received.

Reacting in a statement issued on Thursday, the Obi Campaign Media Office refuted Okowa’s statement that the LP candidate is fanning religious sentiments, adding that his accusation was baseless.

The statement pointed out that Obi has visited churches even before he became the present run for the presidency, stating that any attempts to restrict him into any sector will fail.