Why Bother About What He Does? – Aisha Yesufu Knocks Okowa Over His Advise To Peter Obi 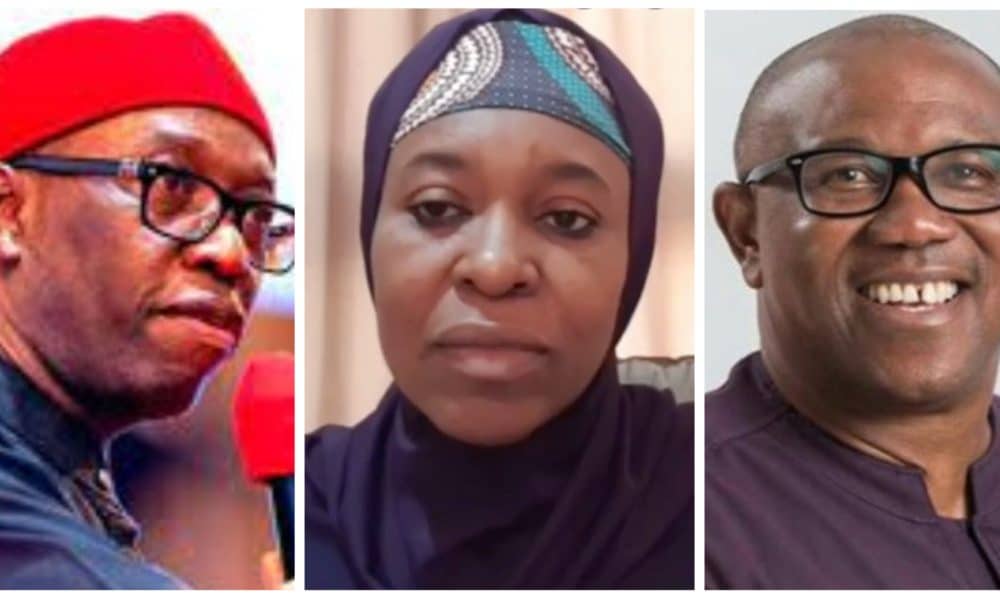 Naija News earlier reported that Okowa in an interview with DailyTrust in Kano state said the former Governor of Anambra State should not drag the Church into politics.

He urged obi to stop trying to use the Church or drive Christians into politics because it is not their calling.

He said: “Now you begin to look at what is going on; the Peter Obi factor is as if he is trying to go through the church and make it look as if he is driving the Christians into politics. I do not believe that the church should actively go into politics because that is not their calling.

In a post shared on her Twitter page, Aisha reminded Okowa of how he once said that Obi does not have any chance in the presidential election.

She further questioned the Delta State Governor on why he is bothered about issues involving Obi.

She wrote: “I thought they said Peter Obi has no chance. Why then do they bother about what he does?”