2023 Presidency: The Old Ones Should Fade Away And Allow Young People To Take Over – Abdulsalami Declares 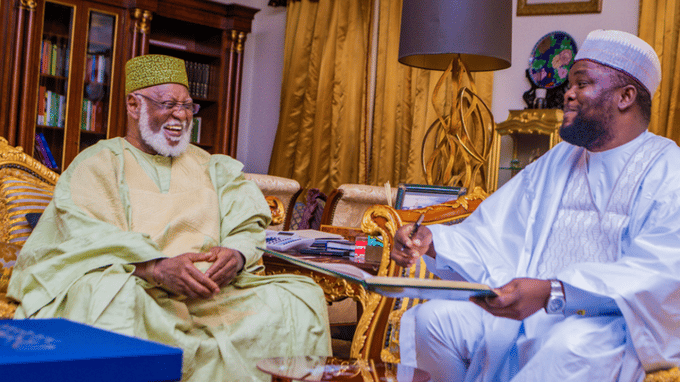 Former military leader of Nigeria, Abdulsalami Abubakar has revealed his stand on the kind of president the country needs in 2023.

Abubakar stated that it is time for the old politicians to step aside and allow the younger generations to lead the country.

According to him, what the older politicians should be doing at this point in time is to encourage and mentor the younger ones.

Naija News reports he made his mind known at his Minna residence when he hosted the presidential candidate of the Accord Party (AP), Prof Christopher Imumolen.

He was quoted to have said; “I think the old ones should fade away gracefully and allow young people to take over.

“What we can do as former leaders is to mentor and tutor them in whatever way we can in order for them to lead the country. As a matter of fact, this is the time Nigerians should begin to support young, vibrant and visionary leaders that would steer the country on the path of glory.”

Speaking to reporters, Imumolen also stressed that individuals with track records who can transform the fortunes of the country should be supported to get into power.

He said: “We need to reposition the country on the path of development and sustainable growth.

“And if that must be done, Nigerians should start looking at selecting those who have a track record in leadership at various levels from both the private and public sector,” he added.