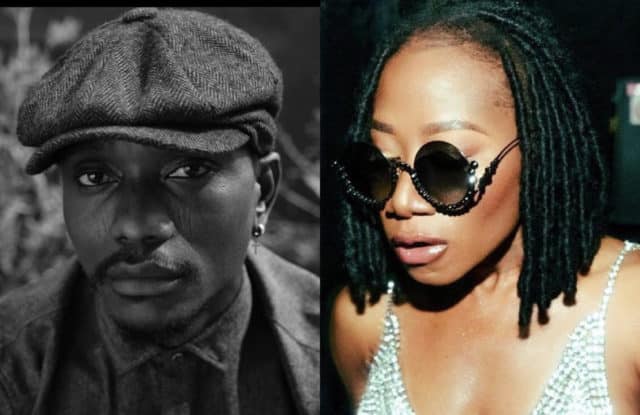 Nigerian singer, Bukola Elemide, popularly known as Asa, has responded to ace singer, Brymo over a request he made on social media.

Naija News reports that Brymo via his verified Twitter handle disclosed that he wishes to work with Asa.

“I can’t wait to curate a tune or a few with Aṣa. You @Asa_official, are one I have dreamt, and still look forward to recording with… (and this is a cry for help, I’d love to do it soon…) lol”, he wrote.

Replying to the wish hours later, the talented songstress said that she’s equally interested in working with him. 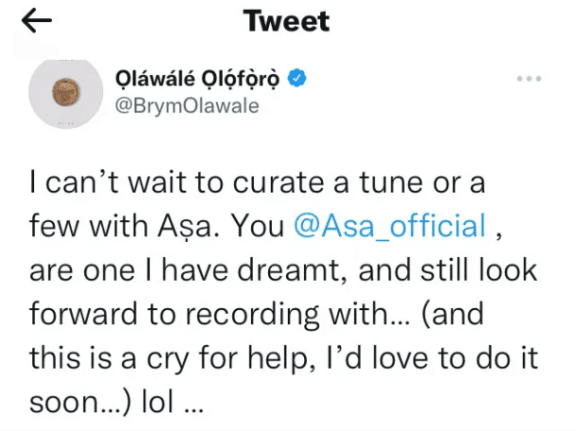 Meanwhile, Brymo has pledged his support to the presidential ambition of Bola Tinubu.

The singer in a recent post claimed the former Governor of Lagos Stats is the one with a plan for the country.

He further stated that he has never met the All Progressives Congress National Leader or his political affiliates, adding that critics of the APC leader should stop judging him based on old age.

The issue started online when a tweep @ambrosia_ijebu wrote, “This Jagaban (as Tinunu is also called) candidacy has truly helped me see that so many Nigerians actually don’t care about purposeful or diligent leadership.”

Brymo is his response wrote, “Yet he’s the one with a plan, we all know that. Let a city boy be president for once!.”

He added, “I’ve never met the man, or anyone who represents, or is acquainted with him, or even his relations and political affiliates – and if we stopped trying to kill them off for being old.”