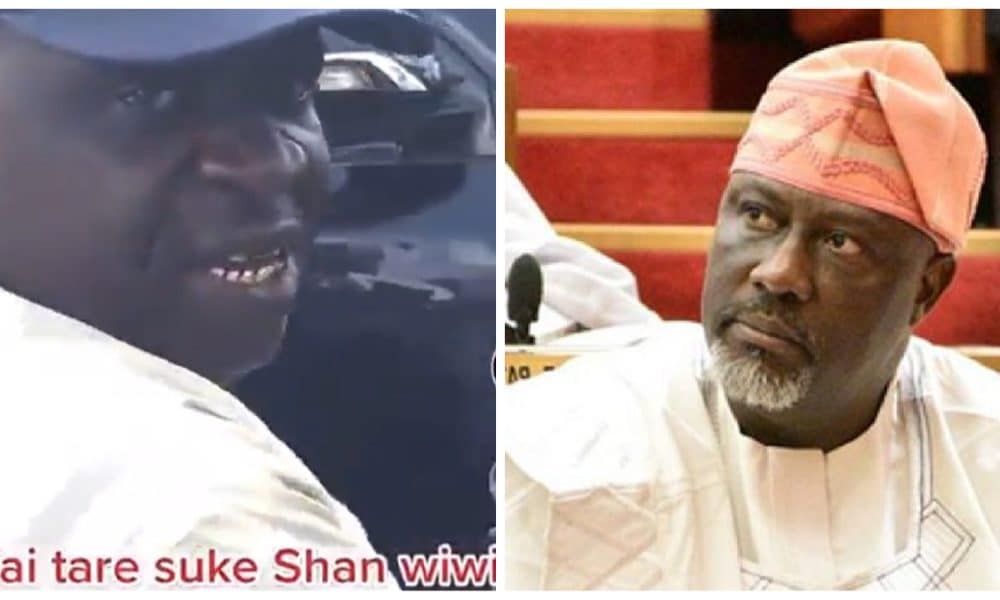 A viral video has stirred reactions on social media after a man said in Kano State that Dino Melaye was his old friend and they used to smoke ‘Wiwi’ (Weed, Indian Hemp) together.

In the video seen online by Naija News, Melaye was seen exchanging pleasantry with an elderly man during a political event in Kano.

Melaye who is the campaign spokesman for Peoples Democratic Party (PDP) presidential candidate, Atiku Abubakar, was heard in the video complementing the Kano man, saying ‘Kwana biyu, yaya gida’ in the Hausa language, meaning ‘Two days, how is family?’.

While Melaye turned to the other side to meet other people, the man whose name is not known told people around that he and Dino Melaye are friends and they used to smoke Indian hemp together.

Watch the video clip below: