The 2023 presidential candidate of the Peoples Democratic Party (PDP), Atiku Abubakar on Saturday met with the governorship candidates of the party.

Naija News reports the meeting held at the Abuja residence of Atiku and also had in attendance the Vice Presidential candidate of the PDP, Ifeanyi Okowa.

Speaking on what was discussed at the meeting, Atiku said they strategized on how to mobilize Nigerians to vote out the All Progressives Congress (APC) during the 2023 general elections.

He wrote on Twitter: “Today, I met with the governorship candidates of the @OfficialPDPNig at my residence in Abuja. It was an opportunity for to x-ray the state of the nation and how as one we can mobilise Nigerians for the task of ousting the ruling party and commencing the rebuilding of Nigeria.”

See some photos from the meeting. 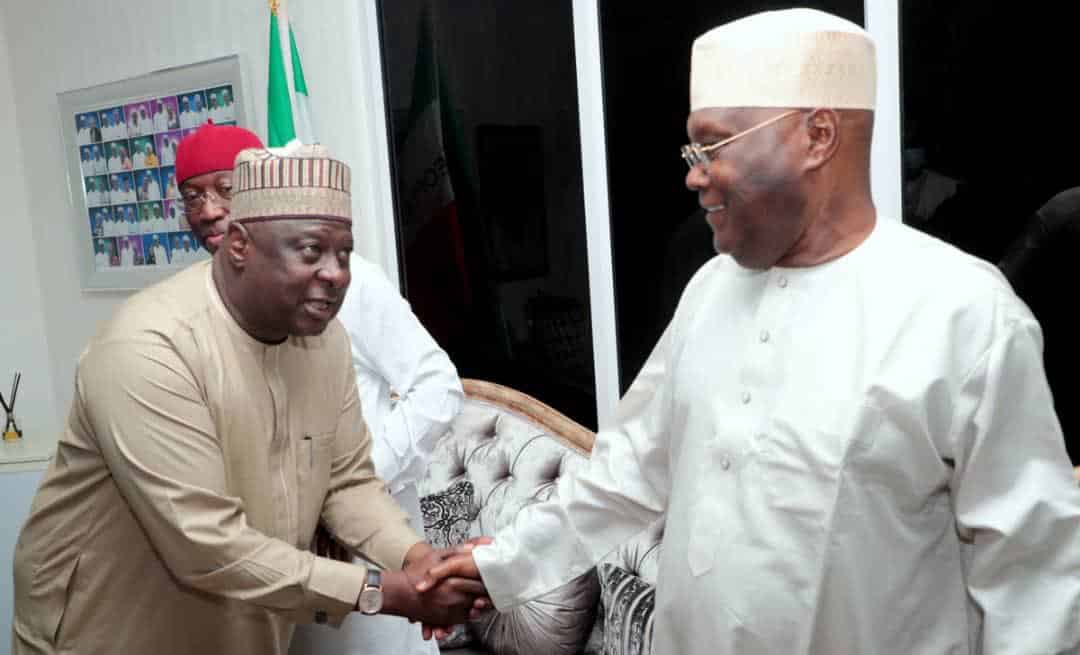