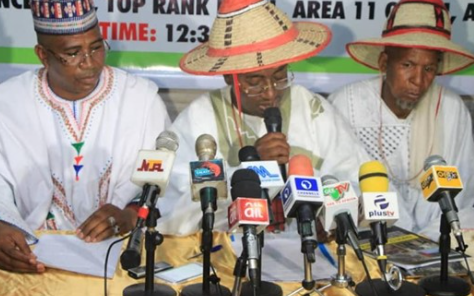 Naija News understands the MACBAN Secretary made the position of the group known in response to inquiries from the Punch on which party or candidate would get their support.

He said unlike when there was a unanimous decision to support President Muhammadu Buhari, the congress is yet to decide on the 2023 polls.

In his words, “You know MACBAN is a combination of all interest groups. We have the APC, PDP, NNPP, ANPP and others. We have them in MACBAN. This decision has not been taken. The last time, it was a unanimous decision of the congress, we endorsed Buhari then.

Too Much Noise About Muslim-Muslim Ticket

Ngerzema stated further that the controversies over the 2023 Muslim-Muslim ticket of the All Progressives Congress (APC) are absolutely unnecessary.

He argued that too much politics has enveloped the issue but the APC ticket is pure strategy and has nothing to do with religion.

He said: “People are amplifying it for political reasons; just like the way the Fulani are being stigmatised as criminals, while there is no society that you don’t have criminals”.

Fulanis Have Become Stigmatized Because Of President Buhari

The MACBAN secretary said Fulanis in the country have become labelled and stigmatized as criminals in Nigeria because of the action of politicians.

He added, “There are criminals in each and every tribe, in each and every society. But because Muhammadu Buhari is the President, the Fulani have become the battleground for politicians. Look at what the stigmatising is causing the pastoralists.

“I see these things as a strategy for those who want to win the election because there are a lot of states in Nigeria where you have Christian-Christian ticket and Muslim-Muslim ticket, and in those states, you still have a large population of Christians and Muslims; go to the South West and see.”