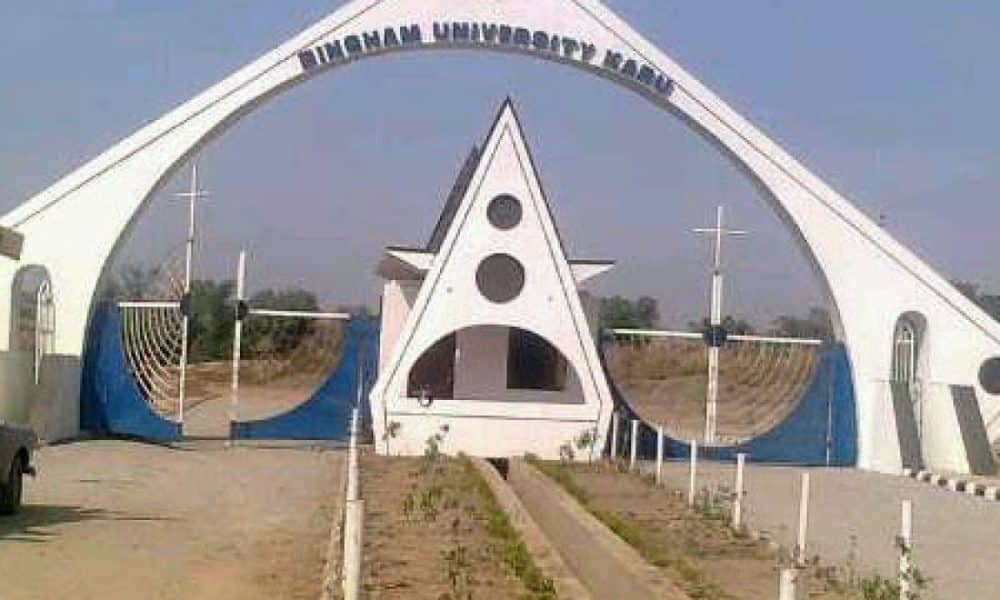 The management of Bingham University has expelled a student caught assaulting a fellow student of the school on camera.

Naija News earlier reports that a viral video capturing the moment a fresher of the Varsity was seen being flogged by an older student with a whip surfaced on social media.

According to Jemima, her cousin, also a fresher of the Varsity shared the video with her, alleging such inhumane treatment was meted out to Freshers, (like them) in the university.

She further called on the right authorities to duly prosecute the older student caught bullying the younger student.

Sharing the video, she wrote; ”This video was sent by my cousin in Bingham university. This is what they go through as freshers in the university. Bullying. This student should be found and duly prosecuted.. .”

Reacting to the development via the mirco blogging platform, Twitter, the management of the Varsity on Saturday, said they have since expelled the student caught bullying the younger student.

The tweet reads; ”The attention of the Management of Bingham University has been drawn to a video on Twitter of a student bullying a fellow student posted by Jemima Nnadi

“This has since been reported to the Management and the student has since been expelled in line with University’s zero-tolerance policy on bullying.”