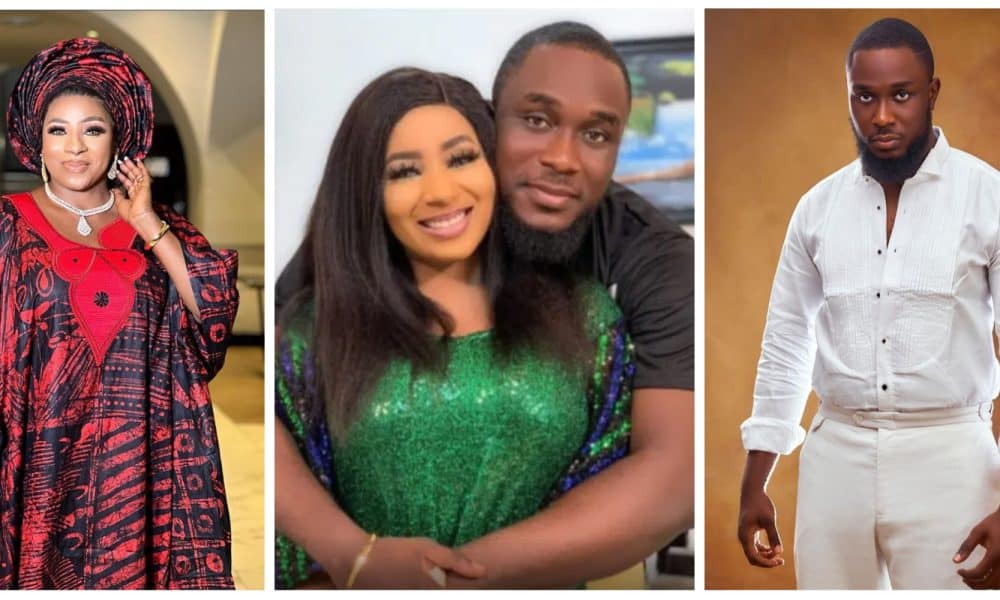 Nollywood actor, Okiki Bakare has opened up about his alleged relationship with his colleague, Mide Martins.

Naija News recalls that Okiki and Mide made headlines in 2021 when gist made the rounds that they were in a sexual relationship.

Loved-up photos of the duo also emerged online which earned them several backlashes from social media users and fans.

However, Okiki in an interview with Naija News refuted the claims of dating his married female colleague stating that some of the cosy photos which surfaced online were taken on a movie set and some of the brands they are working with.

The actor noted people have their opinions and one cannot really fault them for wanting to make money by sharing fake news in Nigeria.

Okiki also added that social media isn’t real life because some people create things that they want others to believe.

In his words: “The so-called “loved-up” photos are those we take on set, and with clothing brands, we are both working with. People have their opinions, you can’t fault them for wanting to make money for posts in this Nigeria .. one thing I’ll say to Nigerians and the world is social media isn’t real life, people create what they want you to believe.”

When asked if the social media trolls and attacks on the alleged dating rumour had any implication on his career, the actor said: “No it didn’t”