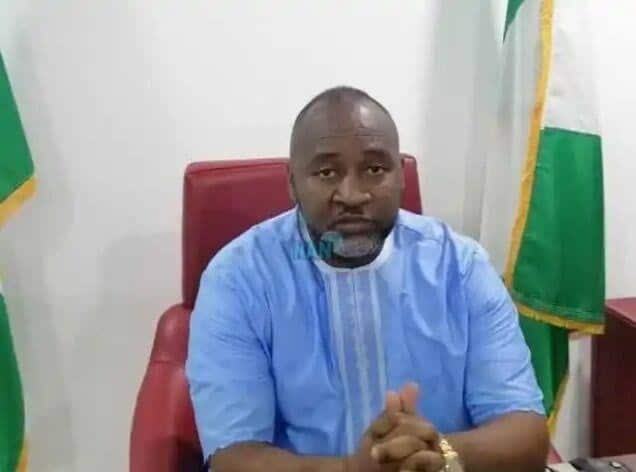 The African Democratic Congress (ADC) presidential candidate, Dumebi Kachikwu, has spoken about his suspension by the party.

Recall that Naija News earlier reported that the National Working Committee (NWC), headed by the chairman of the party, Ralph Nwosu, had suspended Kachikwu from the party for alleged anti-party activities.

However, reacting to the suspension In a statement on Saturday in Abuja, Kachikwu said that he still remains the presidential candidate of the party.

He said: “For those who do not know, Nwosu is the longest serving chairman of a political party in the history of Nigeria.

“He has been serving for the past 17 years, you must understand that this is contrary to the provision of the constitution of the ADC which says that a chairman of the ADC can hold a position maximum for consecutive periods of two terms of four years each.

“For some reasons best known to INEC, we do not know how Nwosu was able to hold on to that position for the past 17 years.

“He (Mr Nwosu) reached me directly and indirectly pleading for us to extend his tenure.

“Since his tenure has lapsed it is only the National Executive Council (NEC), made up of state chairmen of the party, which has the power to run the affairs of the party and take decisions.

“That was why the elements behind my purported suspension sent out an unsigned document to the media since none of them has any mandate to take any legal action on behalf of the ADC having ended their tenure since August 28.”

The embattled ADC flag bearer argued that his purported suspension was due to his stance that the party constitution must be upheld.

“I told them that as the presidential candidate of the party I will do everything to uphold the constitution of the ADC,” Kachikwu said.