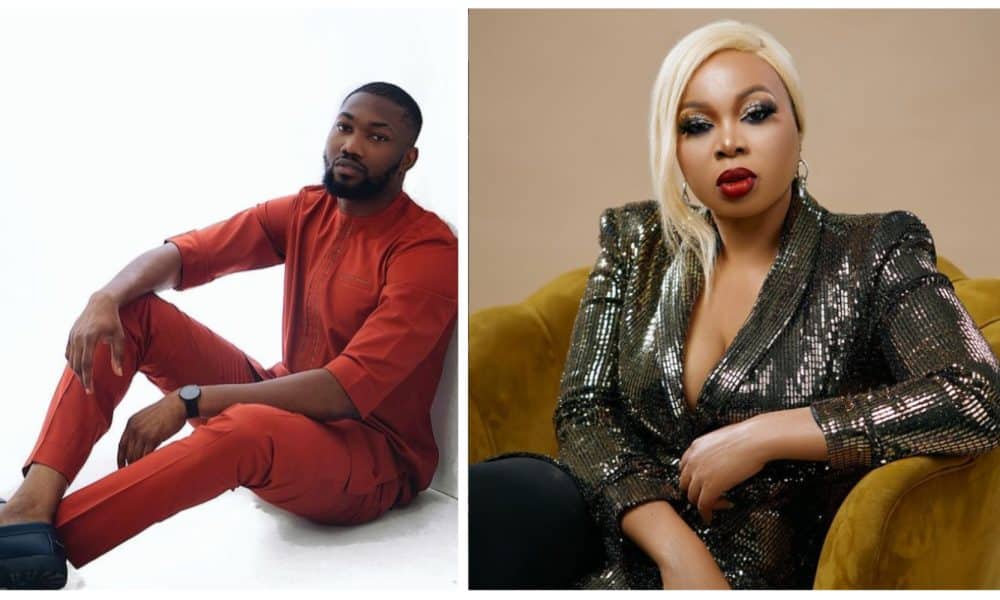 Naija News reports that Deji was evicted during the Sunday live eviction, by the show host Ebuka Obi-Uchendu.

Deji put up a public stunt by failing to come out when Ebuka asked the male fake housemate to step forward.

Ebuka then called on Deji to step forward as he has been evicted from the show.

During his interview, Deji said he is definitely missing his love interest Chichi and Dotun as well because they are best friends in the house.

The reality TV star said he is open to doing everything, especially in the media and in modelling.

The next housemate that was evicted is Diana.

Diana in her interview said she is open to opportunities but wants to focus on her skincare line.

He was involved in the accident while travelling from Lagos to Ibadan, the Oyo State capital.

According to reports, one of the singer’s crew members sustained an injury in the accident.

Dunsin, however, escaped unharmed in the life-threatening accident.

Dunsin did not allow the incident to weigh him down as he proceeded to the Sword of the Spirit Ministries of Bishop Francis Wale Oke.