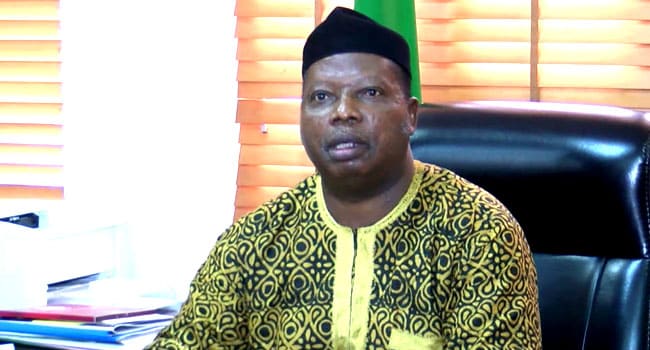 The Economic and Financial Crimes Commission (EFCC) is set to arraign the embattled speaker of the Ogun State House of Assembly, Olakunle Oluomo.

Naija News earlier reported that Oluomo was released on bail two days after he was arrested at the Murtala Mohammed International airport in Lagos state on September 1.

He was said to have been on the wanted list of the commission following his failure to honour the EFCC’s invitation several times.

Oluomo and his accomplices were accused of forging signatures and financial documents belonging to the state Assembly.

In a chat with The Punch, a source within the EFCC said Oluomo will be arraigned in court in Lagos State on Monday or later in the week, adding that the agency is currently preparing charges against him.

The source said some highly placed politicians are doing everything to frustrate the arraignment of the Ogun speaker, saying that agency will ensure that Oluomo is prosecuted.

He said, “We’re leaving no stone unturned concerning this Oluomo’s matter. He will be arraigned in court in Lagos State on Monday or later in the week, as we’re currently preparing charges against him.

“We’re arraigning him in Lagos because it’s a jurisdictional matter. Some highly placed personality are doing everything to frustrate his arraignment, but he’s expected to go explain or defend himself in court on Monday.”