The PUNCH: The ban on employment imposed by the Federal Government has led to a shortage of professors and other academic staff members in federal universities, investigation by Sunday PUNCH has revealed. Findings showed that some universities, which depend on professors on sabbatical, had lost the accreditation of certain courses, while others were given interim accreditation by the National Universities Commission due to the dearth of professors and enough academics for certain programmes. 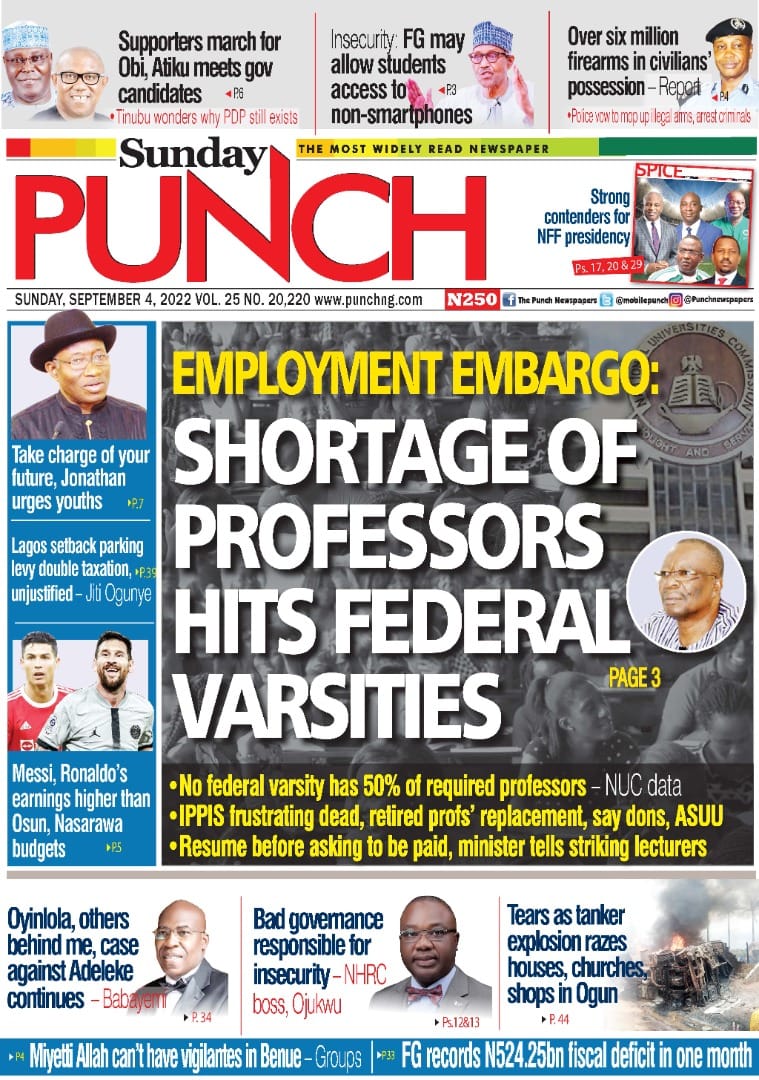 The Guardian: Former President Olusegun Obasanjo has continued to demonstrate his undying patriotism and determination to ensure that Nigeria continues on the path of moral rectitude and good leadership. The former president’s contribution to Nigeria’s political development, especially through conversation for democratic growth are unquantifiable. From being a navigator for leadership selection to his numerous public letters, Obasanjo had never failed to show zeal for the country’s survival. 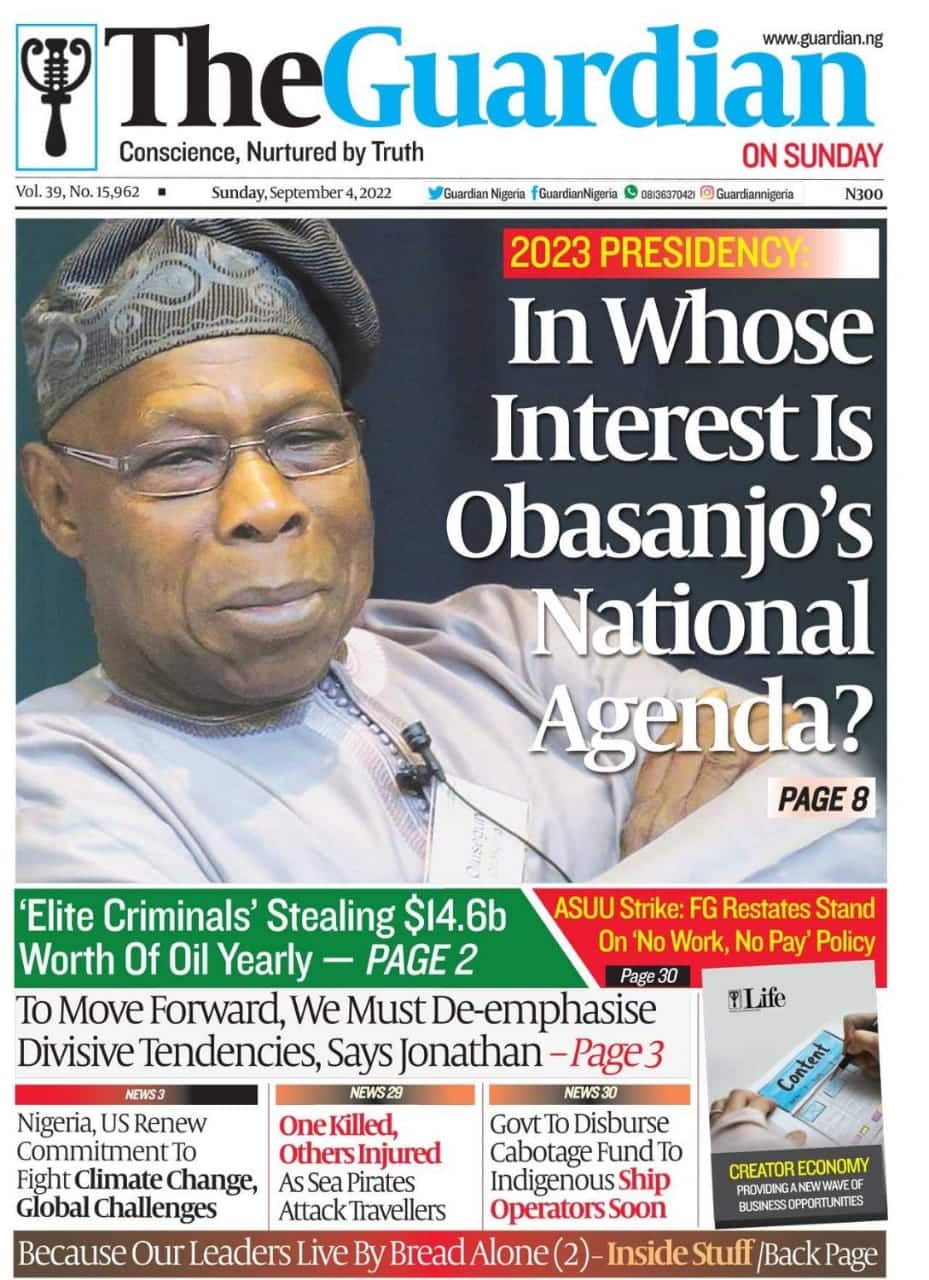 This Day: Ahead of the meetings of the Board of Trustees (BoT), and National Executive Committee (NEC) of the Peoples Democratic Party (PDP) scheduled for Wednesday and Thursday, respectively, the cracks in the main opposition party have widened with the southern stakeholders mobilising against the National Chairman of the party, Dr. Iyorchia Ayu. THISDAY gathered that the Rivers State governor, Mr. Nyesom Wike; Oyo State Governor, Mr. Seyi Makinde; Ekiti State Governor, Dr. Kayode Fayemi and the National Secretary of the All Progressives Congress (APC), Mr. Iyiola Omisore, also meet in London at the weekend to explore the areas of collaboration ahead of the 2023 elections. 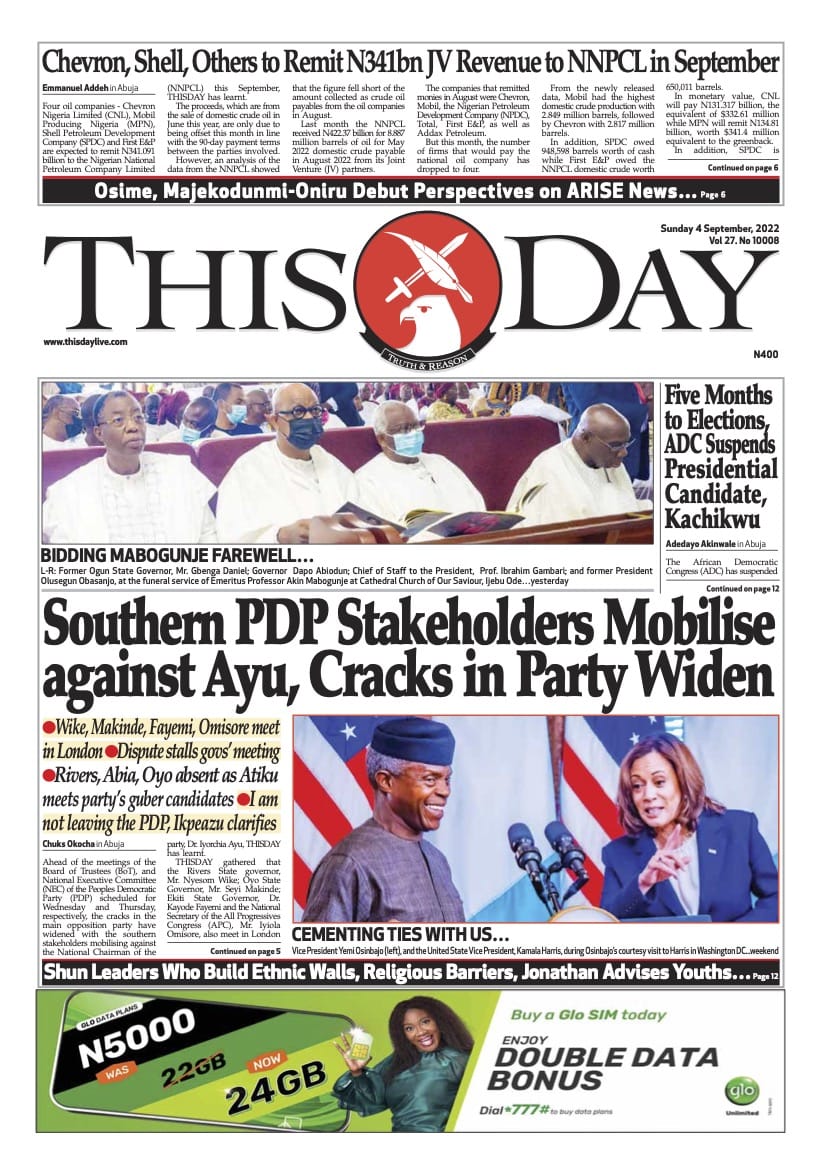 The Nation: Following alleged refusal of his olive branch, the presidential candidate of the Peoples Democratic Party (PDP), Alhaji Atiku Abubakar, is being pressured to break the ranks of the governors and other stakeholders supporting Rivers State Governor Nyesom Wike. Atiku has joined forces with some highly-placed individuals and his strategists have started reaching out to Wike’s backers on individual basis. 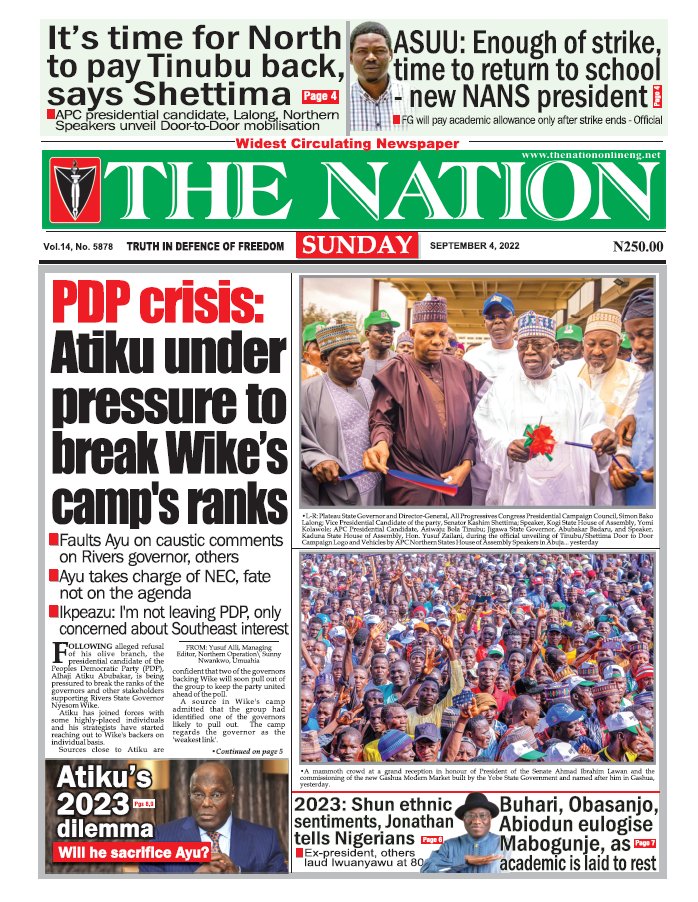 Daily Trust: Christians and Muslims in Jos North Local Government Area of Plateau State are breaking the ethno-religious barriers that divided the state capital along religious lines, following the crisis that swept over the state in 2001. Hundreds were killed and property worth millions of naira destroyed. The situation had resulted to lack of confidence amongst both faiths in the state but in what seems to be a light of hope, people still believe that they can still mingle with one another despite their differences. Daily Trust on Sunday reports. 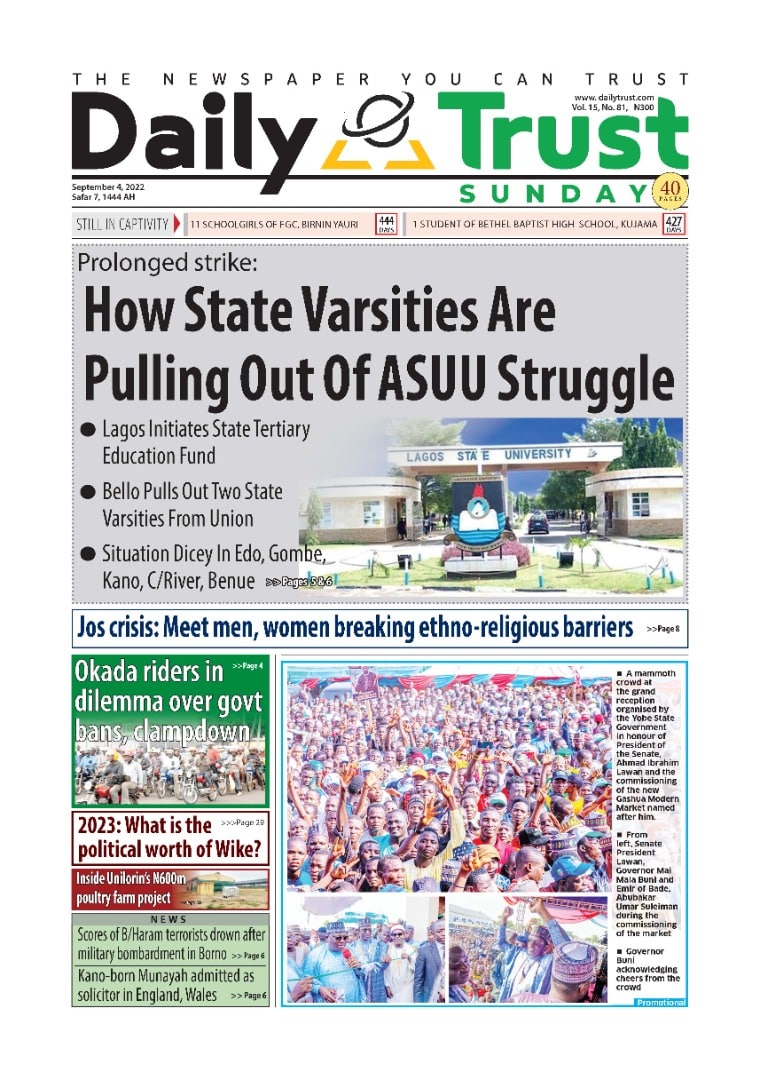