Nine Dead, Many Others Injured In Abuja Road Accident 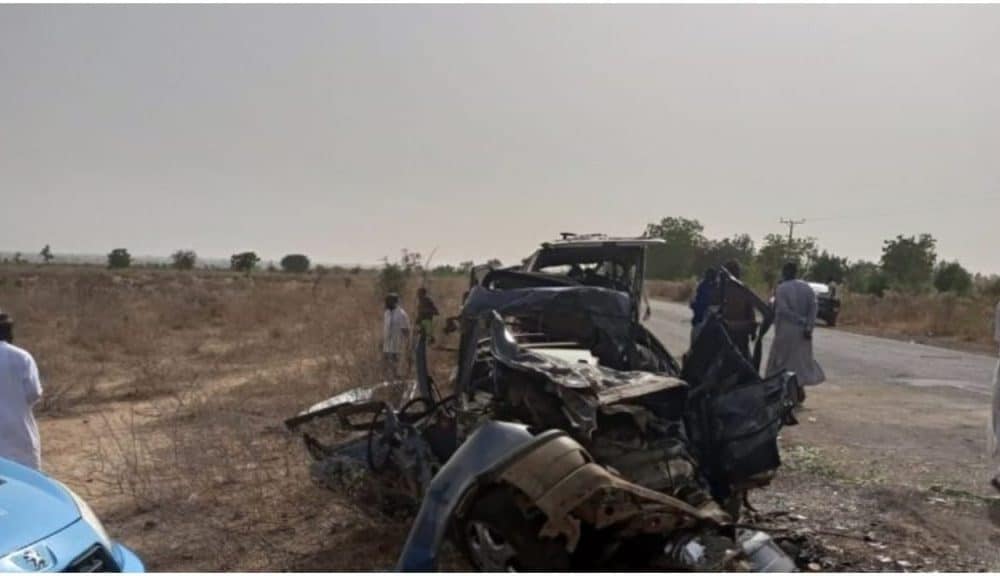 An early morning accident which occurred along the Yangoji-Abaji road of Abuja, the Federal Capital Territory (FCT) on Sunday has resulted in the death of nine persons.

The public education officer of the Federal Road Safety Corps (FRSC), Bisi Kazeem confirmed the development in a statement on Sunday.

He added that ten others were injured as a result of the accident.

Kazeem explained that the accident occurred at about 6:05am on Sunday, and involved a Toyota Hiace bus and a Howo Sino truck.

Naija News understands the bus was coming from Osun state and heading to Katsina, when it crashed into the truck as a result of dangerous overtaking.

The statement from the FRSC spokesperson reads: “Twenty-two people were involved in the crash. They were all male. Ten were injured and nine were killed. First aid was given to two.

“The rescue was [carried out by a] joint team of Zebra 6 Yangoji, Zebra 6, 16 Abaji, and police. However, the injured victims were rescued to General Hospital, Abaji, by Zebra 16 and police on patrol, while the nine corpses were deposited at mortuary in the General Hospital, Kwali, and the Nigeria Police Force (NPF), Kwali division, has taken over the investigation.”