Regina Daniels’ Co-wife Opens Up On Her Marriage Status, Begs For Forgiveness 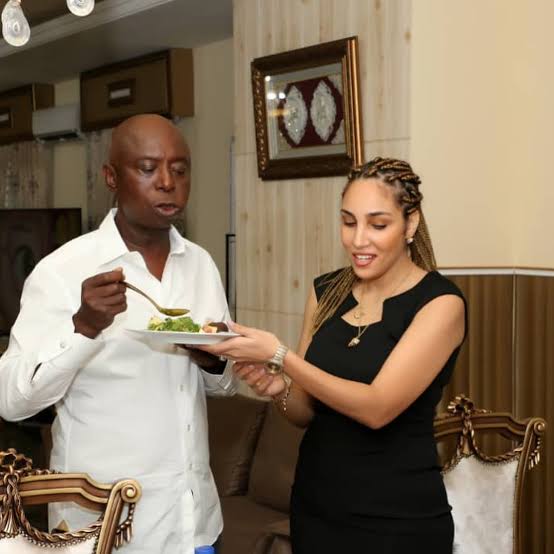 Laila Charani, estranged wife of billionaire businessman, Ned Nwoko, has tendered a public apology to her husband and his family.

Naija News recalls that in November last year, Laila announced that she and the billionaire were no longer together.

This led to speculations that Regina Daniels was responsible for the divorce between the duo.

However, Ned in a statement on Instagram said that their marriage crashed after Laila underwent plastic surgery, spent money she was given for their kids’ summer holiday in London on herself, and also had a physical meeting with a “strange man” who she met on the internet, in a hotel in London.

The statement had read: “The truth about Ned Nwoko’s separation with Moroccan wife, Laila.

“The attention of Prince Ned Nwoko’s Media directorate has been drawn to a publication trending especially on social media linking his separation with his Moroccan-born wife, Laila Nwoko, to the influence of a local aphrodisiac called “Kayamata”, vended by one Hauwa Saidu Mohammed, commonly known as Jaruma.

“Our initial reaction was to have completely ignored the silly insinuation. But given the pervasive nature of fake news and the tendency of mischief makers to peddle misinformation on social media, we resolved albeit reluctantly, to clarify issues for two reasons:

“Falsehood has gone viral and needs to be dismantled in order not to create a wrong impression before unsuspecting members of the public. More importantly, Prince Ned Nwoko with his global reputation as a foremost philanthropist, distinguished patriot and conscientious billionaire business mogul can never allow shallow tale mongers to impugn his impeccable character and pedigree.”

It seems the couple have however decided to bury the hatchet as Laila took to her Instagram page to beg for forgiveness.

She wrote: “This is to my entire Ned Nwoko family. I have realised that I made mistakes. They were not intentional. I listened too much to outsiders and I have decided to apologize to my husband and other members of the family. I want peace and progress in the family.”