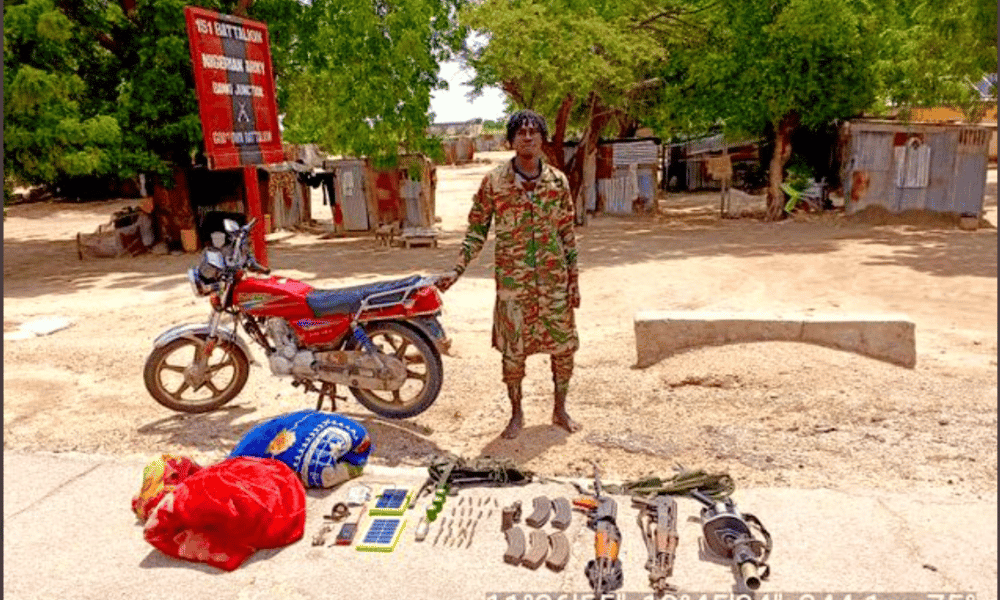 A top commander of the dreaded Boko Haram terrorist group, Goni Farooq, has reportedly relinquished himself to troops of the Nigerian Army.

Naija News reports that the development was confirmed on Sunday by counterterrorism expert and crime reports analyst [@mobilisingniger].

The security expert said the Boko Haram fighter surrendered and gave up his firearms to troops manned at Banki in Borno State.

He said the latest victory was unconnected with the recent onslaught in the Bama town in Borno by gallant officers of Operation Hadin Kai.

“Goni Farooq a top Boko Haram commander has surrendered to the military today with his weapons to troops deployed at Banki Junction, Borno State. This was as a result of the sustained onslaught in the Bama town in Borno State a few days ago,” the security expert announced.

Reports over the weekend said scores of travellers were abducted on the Benin-Owo Expressway in Ifon, the headquarters of Ose Local Government Area of Ondo State.

Naija News understands that number of travellers kidnapped has not been confirmed. However, some sources told Punch that the victims were over 40 in number.

One of the sources told newsmen that the travellers were 32 in number, who were travelling in a Coastal bus to Benin City, Edo State, from Ondo State but on getting to Ifon area the hoodlums appeared from the bush and stopped the vehicle after which they whisked all the occupants of the vehicle into the bush.

The source said, “The people (victims) and they were going to Benin when they were kidnapped in the Ifon area on their way yesterday ( Saturday) and nobody has heard anything about them since then.”

The Police Public Relations Officer of the state, Funmilayo Odunlami, when contacted by the publication, confirmed the incidence but could not verify the number of victims.

She stated further that the men of the command and other security agencies had embarked on a search for the victims in the forest.

“Our men and other security agencies are already in the forest to rescue the victims unhurt, while an investigation into the incident has commenced,” Odunlami.