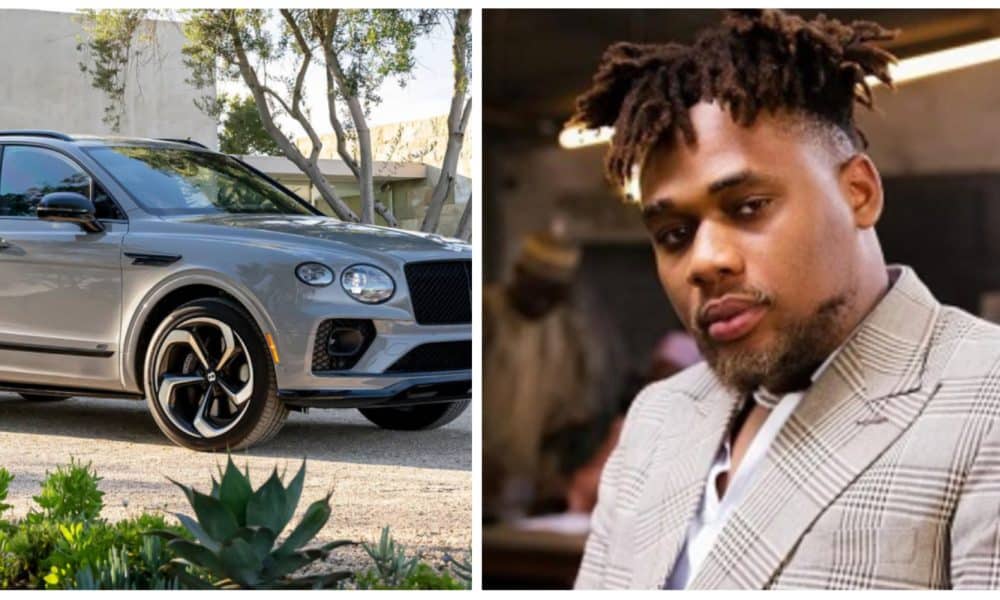 Nigerian Singer, Daniel Benson popularly called Buju or BNXN, has emerged as the winner of the Headies’ Next Rated Award.

However, Portable got disqualified from the award, following his death threat to other nominees, on the ground of losing the award.

BNXN on Monday emerged as the winner of the category and goes home with the 2022 Bentley Bentayga reportedly worth over N300 million.

Meanwhile, BNXN has reacted after a Swedish lady leaked his nudes.

Recalls that a Swedish lady identified herself as Filma Jones, claimed that she was the singer’s girlfriend.

The alleged girlfriend had released several intimate videos of her and BNXN including footage showing them in bed and another video showing the singer completely naked.

She alleged that BNXN got her pregnant and abandoned her.

Reacting to the allegations against him in an interview with Hot FM, BNXN revealed that the lady has been detained because she was trying to blackmail him to get money from him.

The singer also said the pregnancy story was all fabricated.

He also denied being her boyfriend, saying that he met her while he was on tour in Sweden.