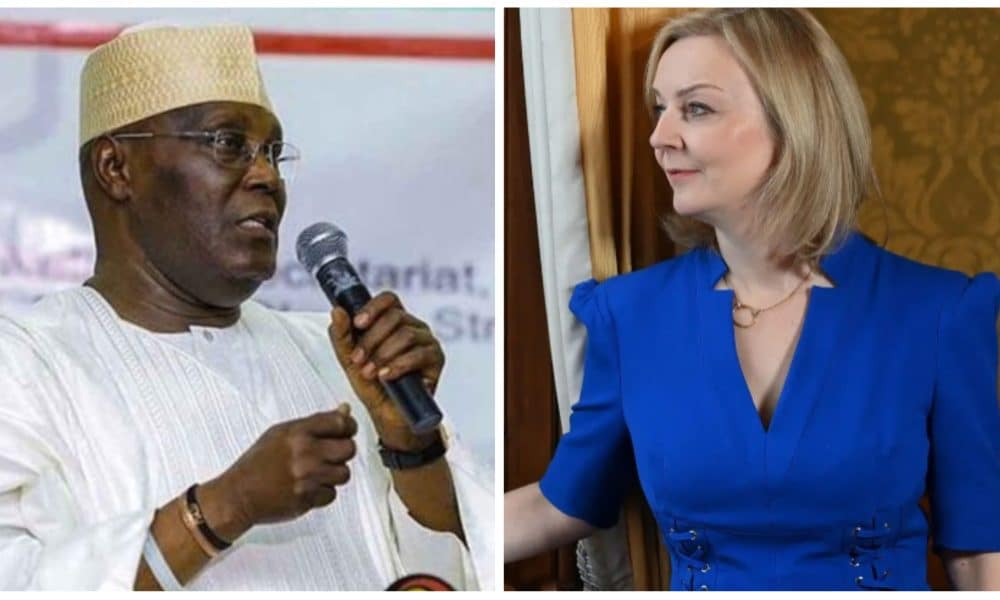 Naija News earlier reported that Truss was the Secretary of State for Foreign, Commonwealth and Development Affairs before her election as the leader of the UK Conservative Party.

Truss was announced by a Conservative returning officer after securing 81,326 votes, with her main contender, Rishi Sunak polling 60,399 votes.

She will formally take office on Tuesday after the UK Prime Minister, Boris Johnson, tendered his resignation to Queen Elizabeth II.

In a post via his Facebook page on Monday, Atiku congratulated Truss on her election as the new UK PM and joined all other friends of the UK to celebrate her emergence.

The former Vice President said he looked forward to working with Truss in the areas of human capital development, trade, and democracy.

He wrote: “I join all other friends of the UK to celebrate this moment. I equally look forward to an enhanced partnership of the new leadership of the Conservative Party with Nigeria and African countries in the areas of human capital development, trade and strengthening democracy and the integrity of elections.”