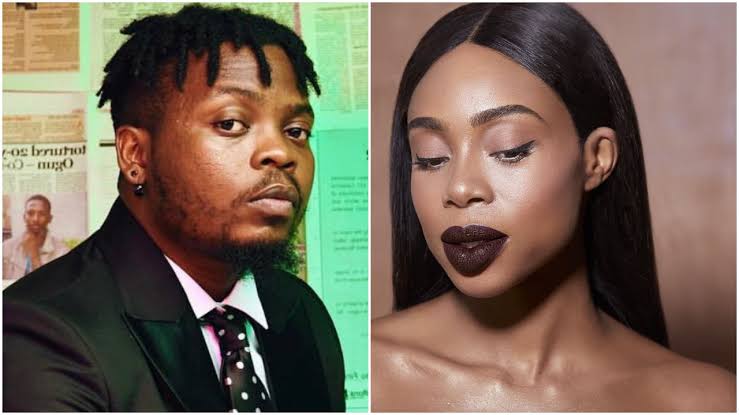 Nigerians have berated Maria Okanrende, the alleged baby mama of popular Nigerian singer Olamide after she shared a video of her achievement.

The former Beat FM OAP had posted a video on Instagram of how she had started from the bottom of her career when she relocated to the UK while she was pregnant with her first child.

She stated that she is now one of the sought-after presenters in the UK.

She said: “This is the story of a lady who relocated to the UK from Nigeria pregnant with her 1st child.

“Halfway through her pregnancy, she discovered she’d have to raise her child alone.

“After having her daughter, she started her career from scratch in UK.

“Now she’s the producer and presenter of the 1st ever AFROBEATS NEWS ROUNDUP at BBC1xtra.”

However Nigerians did not seem to take Maria’s motivational story seriously as they blamed her for getting pregnant for Olamide while he was with another woman.

Mostfortunate: “You knew he was married before laying with him. Congratulations though.”

Fabulousgloria: “This motivational story is not motivating.”

Jhayne: “I don’t understand, I thought you would have realized this immediately you found out you are pregnant because he is a whole married man cheating on you.”

Adunnimckinson: “What result were you expecting when you got with a man that was already committed.”

Ddera: “But you knew he had a woman or you were trying your luck?”

Alleged Relationship Between Maria and Olamide

In 2019, the story of an alleged relationship between the MTV Shuga actress and Olamide began to make the rounds on social media.

A report from Thisdaylive had stated that Maria had become entangled with Olamide with the belief that he had broken up with his long time partner and babymama.

However the relationship between the duo went south after Maria found out that the YBNL boss was still with his baby mama.

Maria later found out she was pregnant and reached out to Olamide to discuss their options and he reportedly said that the decision was hers and planned to co-parent with her.

She decided to keep the baby and move to London but things seemed to have gone awry between her and the child’s father as she later revealed that she was solely responsible for her daughter.