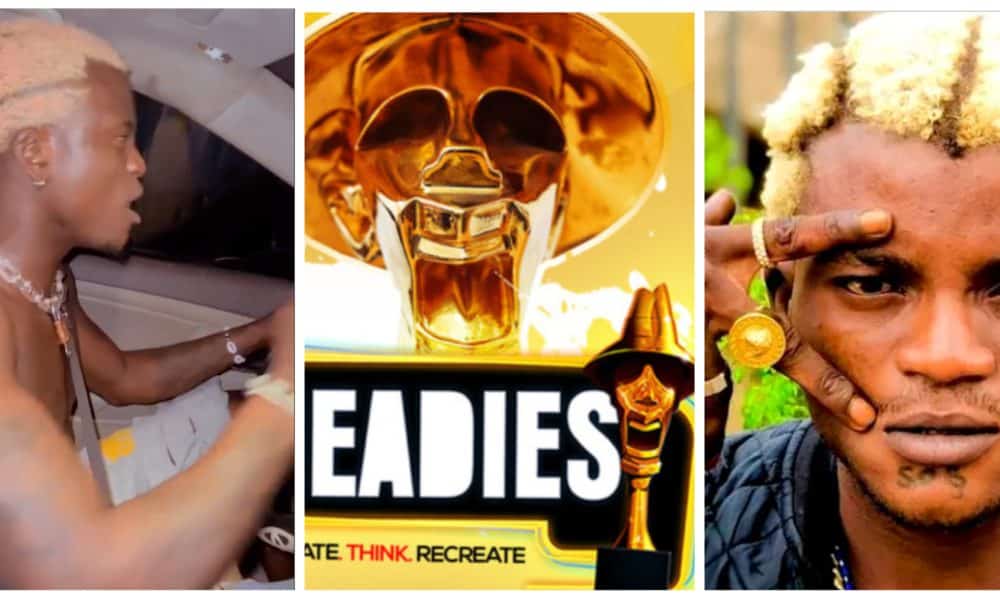 Controversial Nigerian singer, Habeeb Okikiola, popularly known as Portable, has slammed critics advising him over his unruly behaviour following his loss at the Headies Award.

Naija News reports that the ‘Za zoo’ crooner bagged two nominations for the Headies Award but lost both after death threats to co-nominees.

However, the most anticipated music award was held yesterday, 4th September in Atlanta, the USA with many Nigerian celebrities at the event.

Taking to his Instagram page on Monday, Portable shared a video of himself singing in his car as he claims he is not in any competition with anyone.

Lashing out at critics, the singer said nobody should advise him on what to and not to do about his character.

According to him, he would only listen to advice when it involves money because any advice without money gives him problems.

He added that God will send him to his helper who would appreciate his character.

The political activist took to his Instagram page to share a video of himself and a mystery lady stepping out on a date.

In the video, Falz could be seen helping the lady to wear her sandals and later gave her a kiss on her leg.

Although he didn’t show the face of the lady, the rapper captioned the post: “Date night #Gentleman #GentlemanDoings”