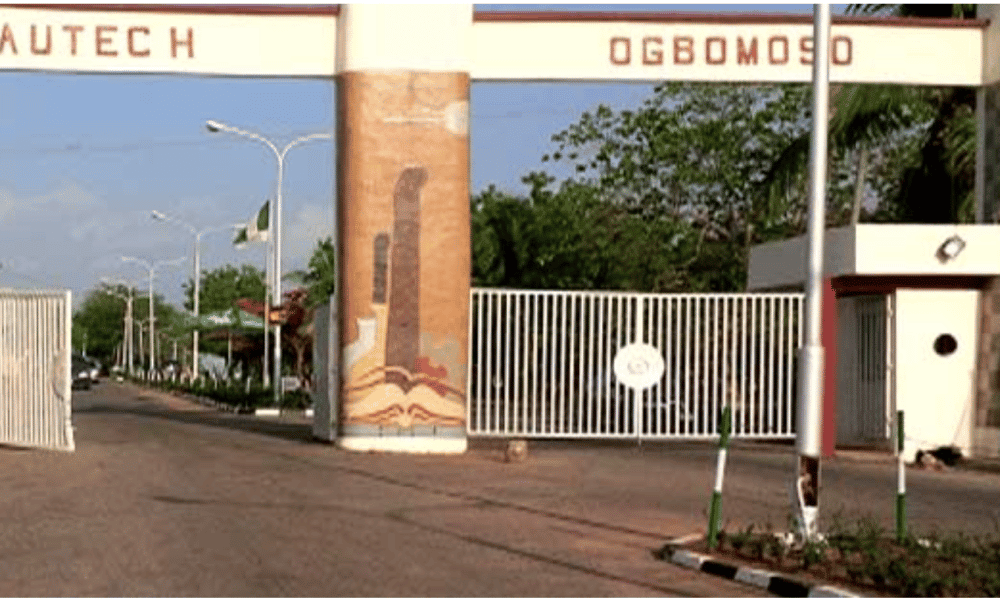 Ladoke Akintola University of Technology (LAUTECH), Ogbomoso, Oyo State, has reacted to the viral video of an ex-student who stormed the campus of the university with his certificate to return it.

Naija News reports that a viral video captured the moment the yet to be identified ex-student of the varsity stormed the school earlier to demand a refund of all the fees he paid while in school.

In the trending video, the frustrated man was heard saying that he wanted a refund of all his school fees paid because he had been suffering since he graduated from school.

According to the man, the certificate, since obtained, had not yielded him any financial gain, hence the reason he wants his money spent acquiring an education as a student of the university refunded.

The man was seen being restrained by security guards in the university while he hurled curses at them.

He said, “Give me my money, I am suffering,” the man lamented bitterly in a video.

Reacting to the development, the Public Relations Officer of LAUTECH, Mr Lekan Fadeyi confirmed the incident

He said that the former student of the school came around to return his certificate, adding that it may be as a result from depression.

“It may be as a result of depression,” Lekan told The whistler.