The PUNCH: The Christian Association of Nigeria on Monday talked tough on the Muslim-Muslim presidential ticket of the All Progressives Congress, insisting that its opposition to the ticket remained unchanged. It also said it had not reached an agreement with the APC presidential candidate, Bola Tinubu. 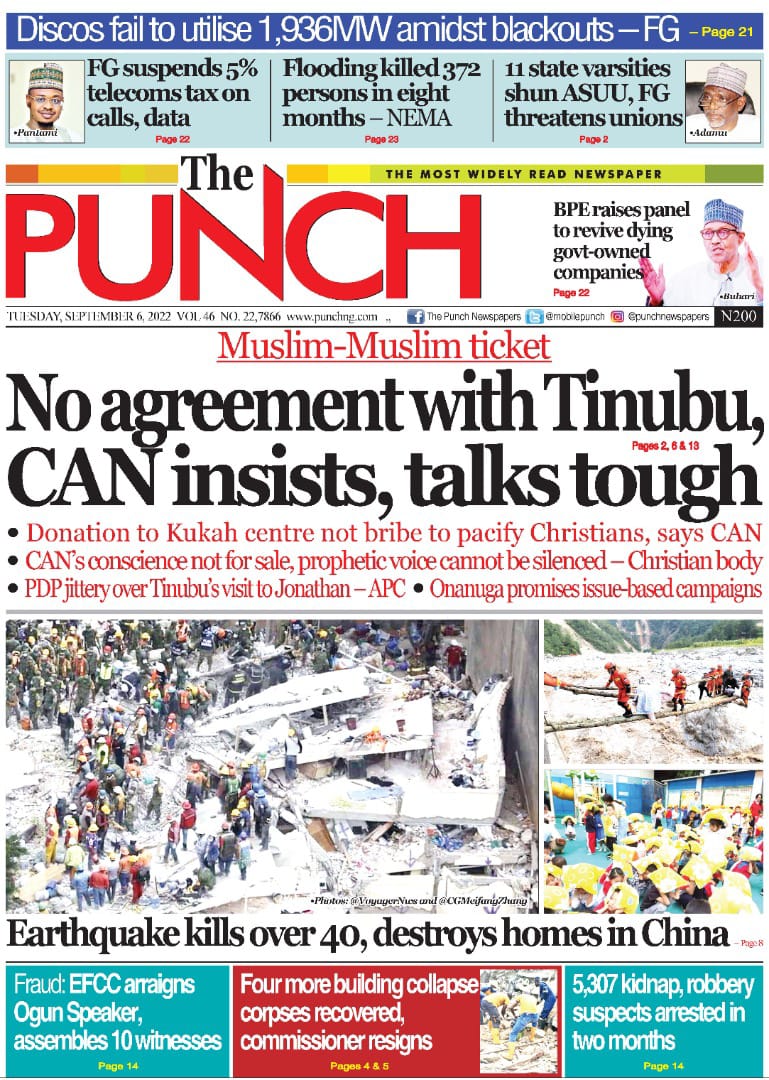 The Guardian: Ahead of a break or mar meeting of the Peoples Democratic Party’s (PDP) National Executive Committee (NEC) on Thursday, Rivers State Governor, Nyesom Wike, yesterday, upped the ante in his faceoff with the party’s national chairman, Iyorchia Ayu, when he vowed to fight to end over-concentration of critical positions to the North. 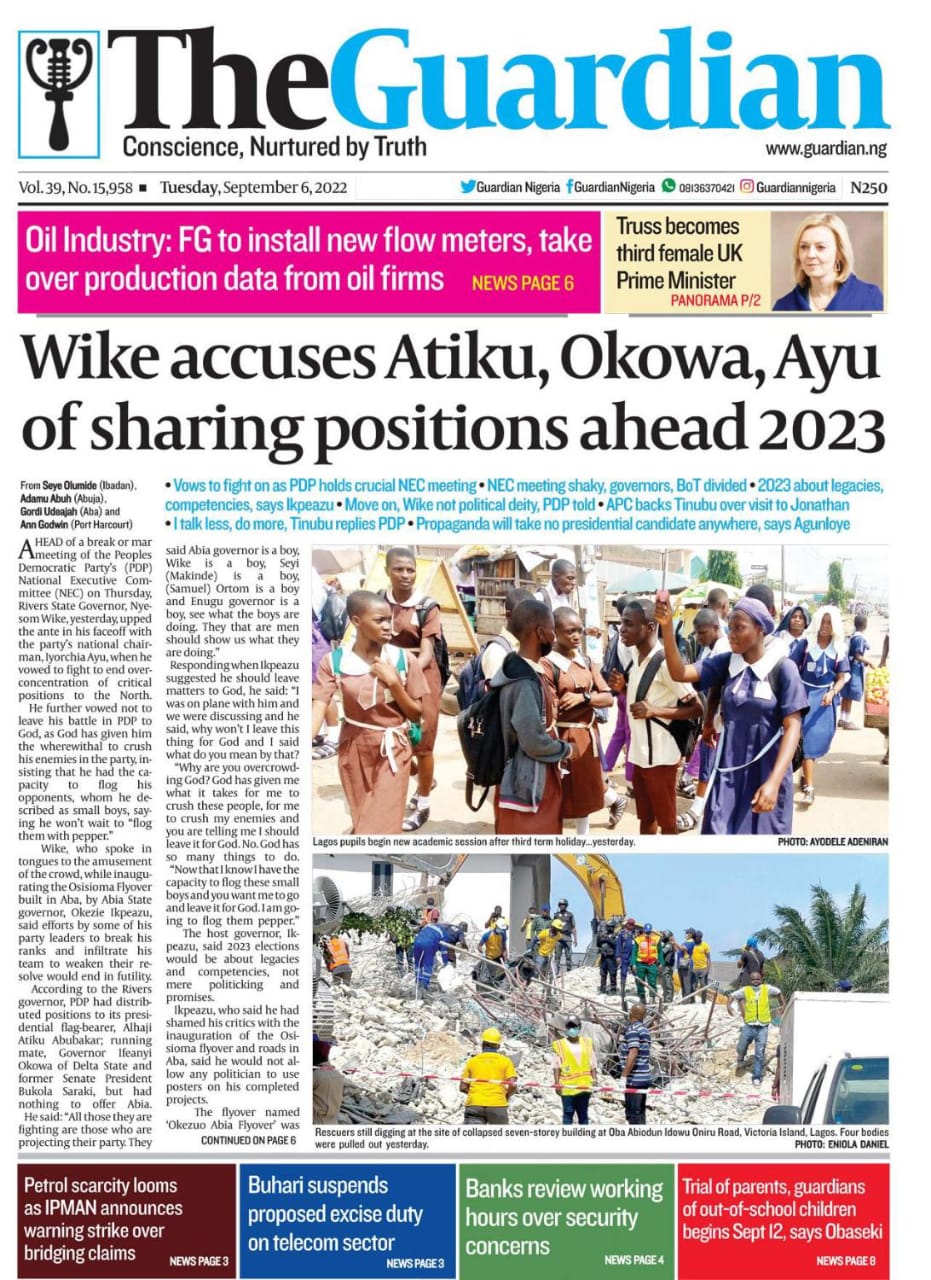 This Day: President Muhammadu Buhari, yesterday, mandated the armed forces to quell the gale of insecurity across the country by the end of the year. Minister of Interior, Alhaji Rauf Aregbesola, disclosed this in Abuja at a Joint World Press Conference. 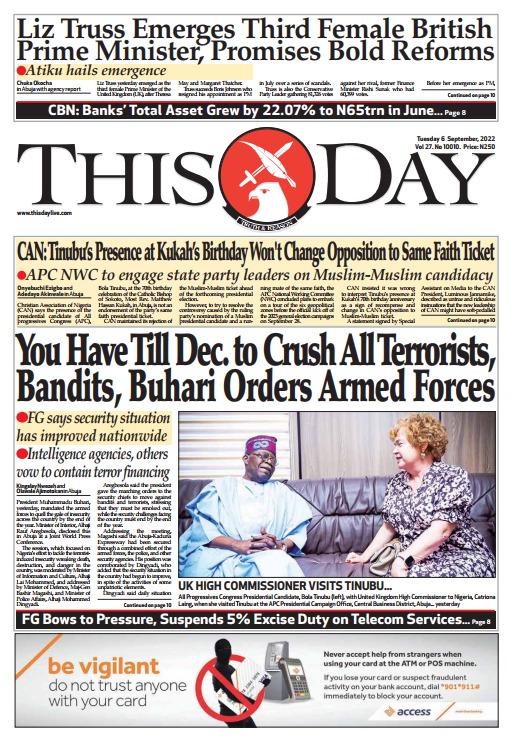 The Nation: The protracted crisis that has hit the Peoples Democratic Party (PDP) escalated yesterday as Rivers State Governor Nyesom Wike vowed to crush his detractors in the main opposition party. 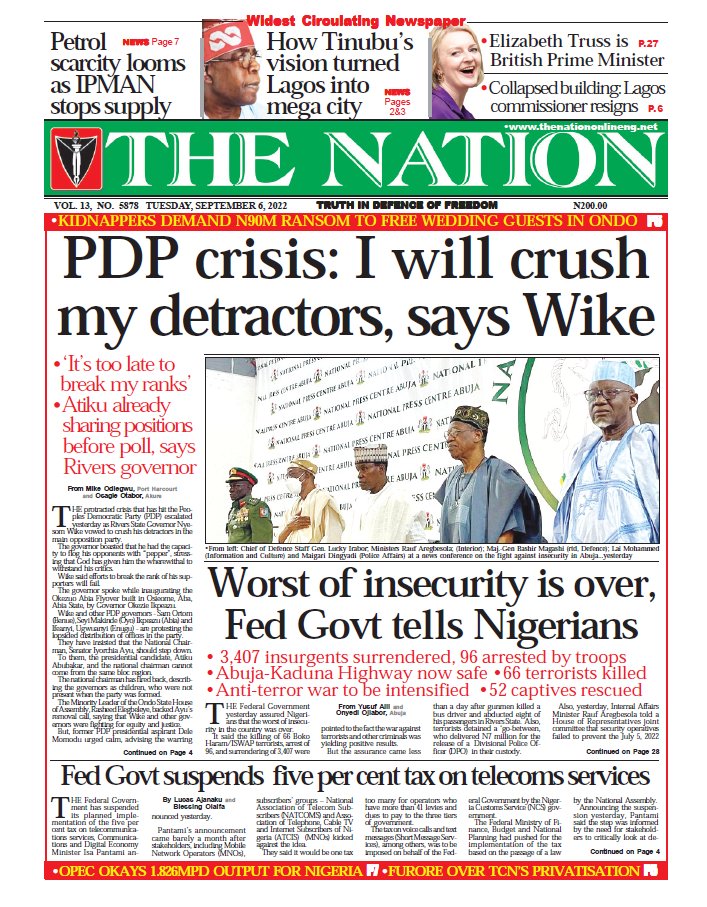 Daily Trust: The federal government has said that it will eliminate all terrorists by December this year. The Minister of Interior, Rauf Aregbesola, said this in Abuja yesterday during a joint security press conference with the Ministers of Defence, Information and Police Affairs as well as the Chief of Defence Staff. 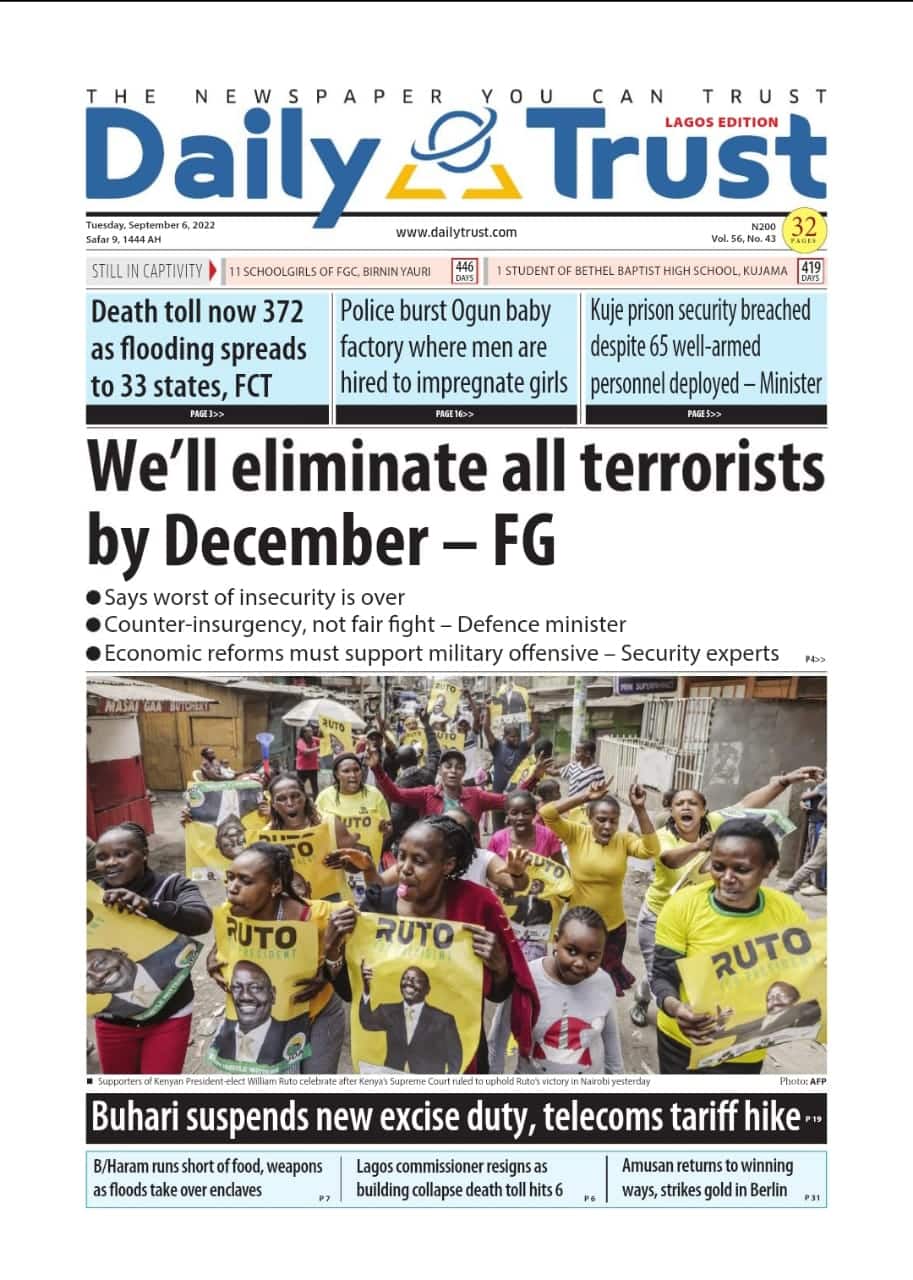 Thank you for reading, that is all for today, see you again tomorrow for a review of Nigerian newspapers