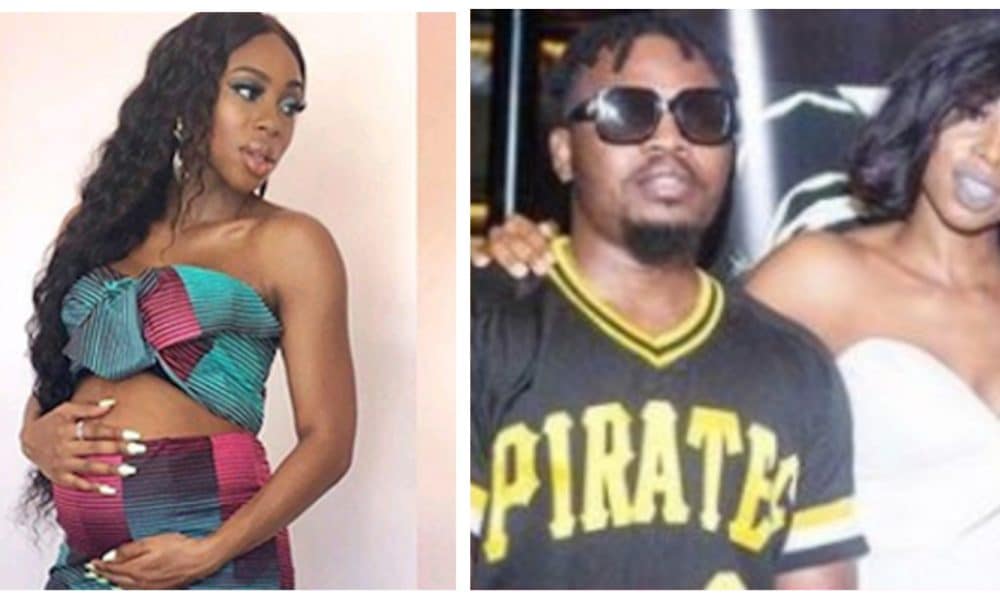 On-Air Personality, Maria Okan, the babymama of Nigerian singer, Olamide, has opened up on rumours of receiving 2 million naira from the singer to abort her pregnancy in 2019.

Naija News reports that in the wake of Maria’s pregnancy, it was alleged that she collected N2 million from Olamide for abortion after confronting him about the pregnancy.

Three years after the brouhaha, Maria on Monday, 5th September,  surprisingly took to social media to share her struggles while announcing her new job at the British Broadcasting Corporation (BBC) in the United Kingdom.

This earned her backslashes as many Nigerians blamed Maria for getting pregnant with Olamide while he was with another woman.

Reacting to this, Maria said the trolling, death threats and insults for the past three years do not mean anything to her stating that she is currently doing well and making money.

Setting the record on the alleged N2 million, Maria noted that nobody gave her money for abortion, adding that she was focused on delivering her child due to her high-risk pregnancy and fibroid.

She wrote: “Your trolling comments, death threats and insults all these years have meant nothing lol. We are doing well, we are healthy, we are making money and we will continue to elevate.

“And for the record, no one gave me any stinking money for an abortion. As a mother, when you carry a child and deliver her by the Grace of God, you will know how insulting this is and has been.

“At the time those nonsense stories came out, I chose to focus on delivering my child since I had a high-risk pregnancy and a fibroid that practically exploded a few months in. But as she is safe and sound now, there’s no pressure. We thank God.”

Alleged Relationship Between Maria and Olamide

In 2019, the story of an alleged relationship between the MTV Shuga actress and Olamide began to make the rounds on social media.

A report from Thisdaylive had stated that Maria had become entangled with Olamide with the belief that he had broken up with his long-time partner and babymama.

However, the relationship between the duo went sour after Maria found out that the YBNL boss was still with his baby mama.

Maria later found out she was pregnant and reached out to Olamide to discuss their options and he reportedly said that the decision was hers and planned to co-parent with her.

She decided to keep the baby and move to London but things seemed to have gone awry between her and the child’s father as she later revealed that she was solely responsible for her daughter.