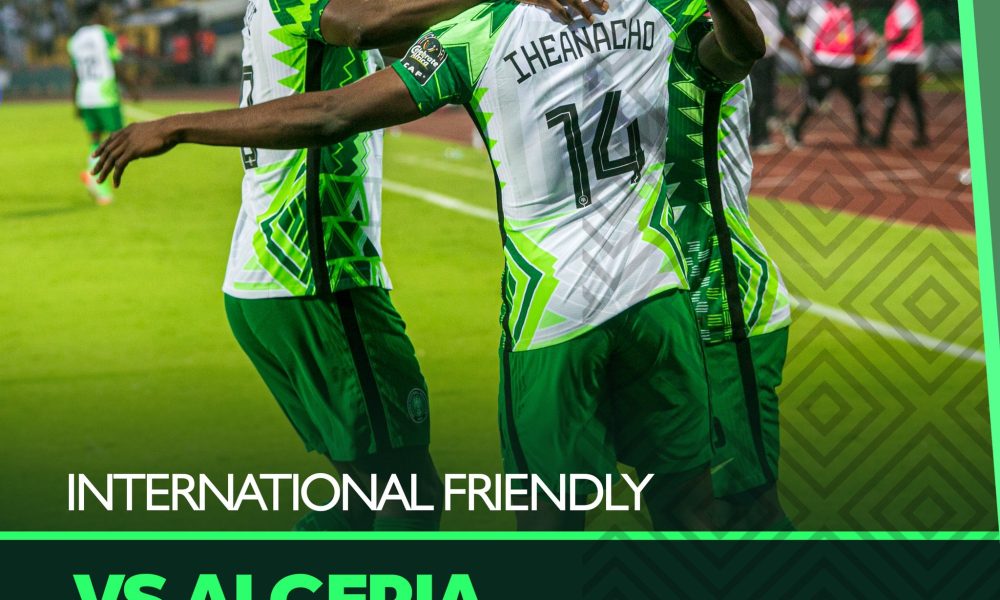 The Nigeria Football Federation (NFF) has confirmed that the Super Eagles will play Algeria in an exhibition match on September 27, 2022.

The match will take place in Oran, Algeria, with the exact stadium and the kick-off time yet to be announced.

Note that the AFCON qualifiers in September has been shifted by the CAF.