Tension As Intermittent Gunshots Are Heard In Jibowu, Lagos 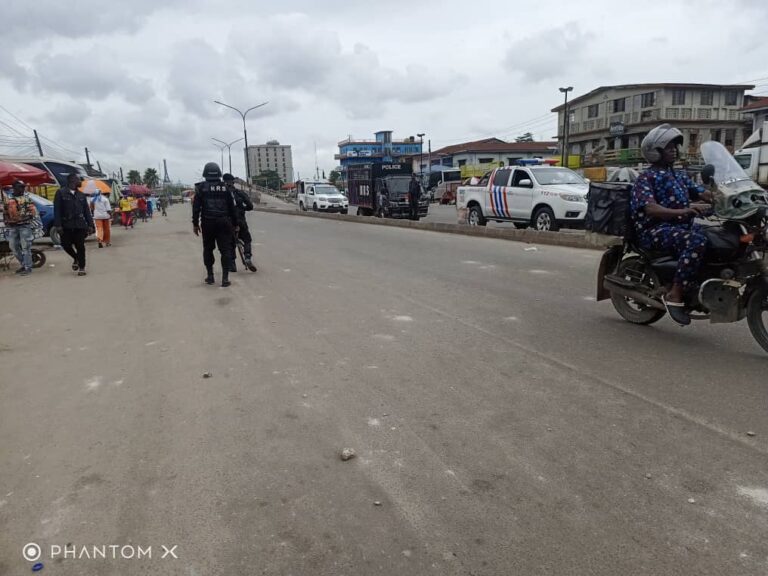 The Nigeria Police Force, Lagos State Command has confirmed there was unrest in the Jibowu area of the state.

Naija News learnt that residents were forced to desert their shops and the streets on Tuesday after multiple gunshots were heard in the area.

It was gathered that the pandemonium started after some hoodlums engaged themselves in a supremacy battle. The development according to reports had caused traffic gridlock, paralysing commercial activities in the area.

Commuters were cautioned to be cautious as efforts are in place to guarantee normalcy.

The groups involved in the chaos are yet to be ascertained as of reporting time. Naija News reports that images seen online showed the area is deserted as traders have abandoned their shops and fled for safety.

Confirming the incident via his Twitter handle, Spokesperson, Lagos State Police Command, SP Benjamin Hundeyin said the command was aware of the fracas in Jibowu and has since deployed its operatives to restore normalcy.

“We are aware of the fracas going on at Jibowu. Patrol teams have been deployed. We are monitoring the situation. Stay safe,” Hundeyin tweeted.

In a subsequent tweet, the PRRO stated that “Normalcy already restored. Fact check and let us know.”