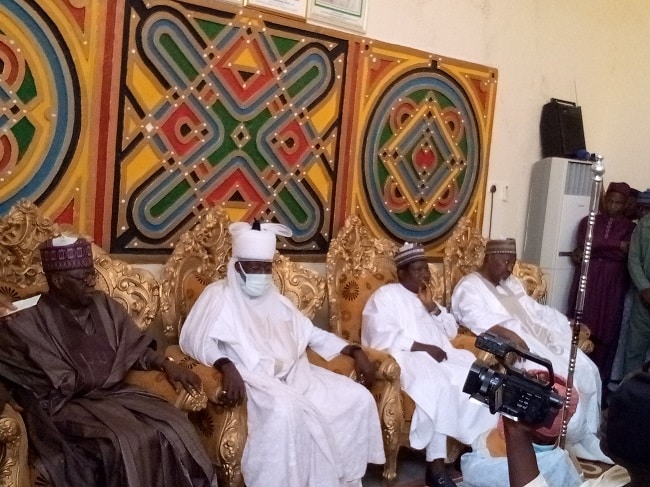 The presidential candidate of the All Progressives Congress (APC), Bola Ahmed Tinubu, has commiserated with the government and victims of the flood in Jigawa State.

The former Governor of Lagos State also sympathise with the people who lost their loved ones and belongings to the natural disaster.

Naija News recalls that 50 people were killed and over 8,000 people were displaced and houses were destroyed during a flood incident in August.

Speaking on Tuesday during a visit to the state Governor, Muhammadu Badaru Abubakar, at the Government House in Dutse, Tinubu donated N50 million to the victims.

The APC Presidential candidate disclosed that the donation is just to relieve the victims and not to compensate them. He called for sustained prayers to end flood disasters in the state and the nation in general.

He said: “I’m here to commiserate with the government and people of the State especially the victims and those who lost their loved ones and belongings to the disaster.

”The flood disaster is an act of God Almighty. This token is just to relieve the victims not compensate them.

“When we heard about the disaster and the level of damages, we made it necessary to come personally to commiserate with our brothers and sisters and identify with ourselves and show our concerns, togetherness and brotherhood.”

Responding, Abubakar appreciated Tinubu for the visit and donation, stressing that his visit had brought succour to the flood victims.

He said: “Tinubu had earlier called and commiserated with me when the first flood was recorded in Kafin-hausa, he again called when it happened in Hadejia, Gumel and Malammadori.

“And today, he decided to come in person in spite of his tight commitments to commiserate with our people over the recent tragic incidents of the flood.”