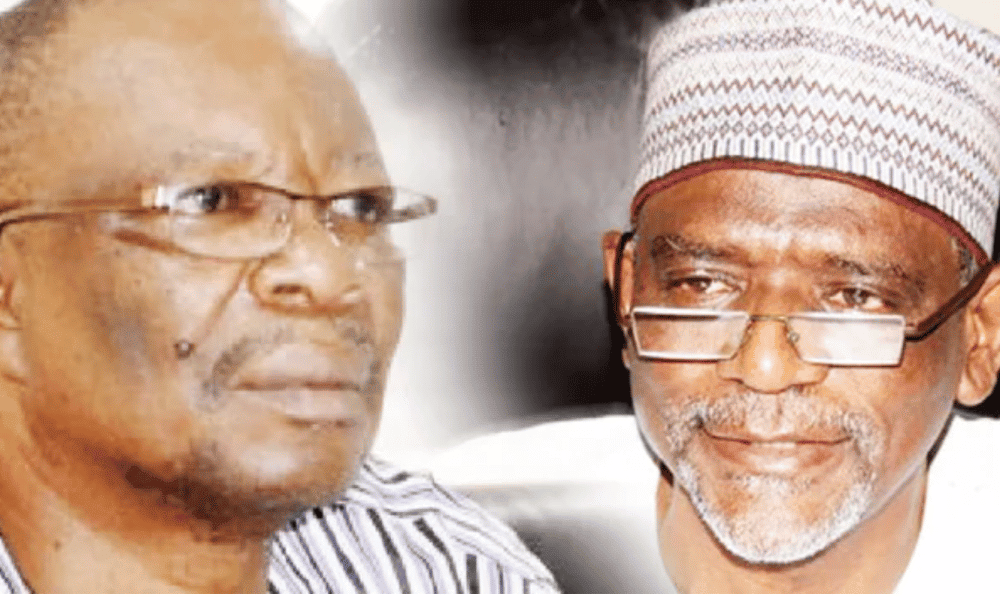 The federal government of Nigeria has moved to bring an end to the lingering strike action embarked upon by members of the Academic Staff Union of Universities (ASUU).

Naija News understands the committee is made up of fourteen persons and is headed by the Minister of Education, Adamu Adamu.

Furthermore, the committee is expected to report directly to President Muhammadu Buhari.

Others are Prof Charles Igwe (the University of Nigeria, Registrar of the Joint Admissions and Matriculation Board, Prof Is-haq Oloyede and representatives of the academies of letters, science, medicine and social sciences.

According to the Director of Press and Public Relations, Federal Ministry of Education, Benjamin Goong, the committee report would be ready in a few days.

I’ve Been In Personal Anguish and Internal Turmoil – Adamu

Education Minister, Adamu Adamu stated at the meeting that the lingering ASUU strike has caused him personal anguish and internal turmoil.

Naija News recalls the strike began on Monday, February 14, 2022, and has so far defied every attempt to bring it to an end.

Adamu however said the government is not giving up on efforts to end the strike as soon as possible but doesn’t want to enter into agreements that would prove difficult to implement.

In his words, “For me, the past two weeks have been a very dark period of personal anguish and internal turmoil. I used to deceive myself that in a climate of frankness, and with mutual goodwill, it will fall to my lot to bring an end to the incessant strikes in the education sector. This has not proved possible, or, at least, not as easy, quick and straightforward, as I used to think.

“Distinguished Chairmen, vice-chancellors, I called you today not to share with you my anguish but to share with you the details of what we have done and what remains to be done. And certainly, a lot remains to be done. But for very different reasons, the current positions of the Government and ASUU on the future of negotiations seem to have coincided.

“For me, this is a position I would have wanted us to reach after an amicable resolution of all the issues contained in the 2009 Agreements. It appears that we are running ahead of the negotiations but not for the right reasons. The President of ASUU has been reported to have said the Union would no longer negotiate with the current Federal Government.

“This position must be resisted. Government and ASUU have no option but to continue talking until our universities have reopened their doors to students, who clearly are the principal victims of the seemingly unending strikes. In the circumstances, therefore, all Councils and Senates of our universities are enjoined to rise up to their responsibilities.

“We must, together, continue to work to restore our public universities to where they were in the 60s and 70s. As the most important officers in our university system, Pro-Chancellors and Vice-Chancellors, must demonstrate more commitment to ending the ongoing strike.

“As Chairmen of Councils and Senates – the highest policy and academic bodies in the system – you must consider it your paramount duty to promote policies and actions that will discourage industrial disputes in our campuses. The government will continue to support the physical and academic development of its universities.

“The government will continue to reasonably enhance the working conditions of all university staff, academic and non-teaching. The main challenge, as you are fully aware, is dwindling resources available to address all the concerns of the citizenry. We thank you for your support, understanding and sacrifices.”

The Minister added that the government is considering an upward review of the salary of University workers but can’t afford more than a 23.5 percent salary increase for lecturers and a 35 percent raise for professors.

He also said the government will provide for N150 billion in the 2023 budget for the revitalisation of federal universities to be disbursed in the first quarter and another N50billion for the payment of outstanding earned academic allowances, which will also be paid in the first quarter.

He said the government had done all it could to end the strike, appealing to the lecturers to return to class.