The PUNCH: The National Drug Law Enforcement Agency seized no fewer than 286 assets and 600 bank accounts of drug barons between January 2021 and August 2022. NDLEA spokesman, Femi Babafemi, who disclosed this in a document made available to one of our correspondents on Tuesday, said the assets consisted of 249 exotic cars and 37 mansions. 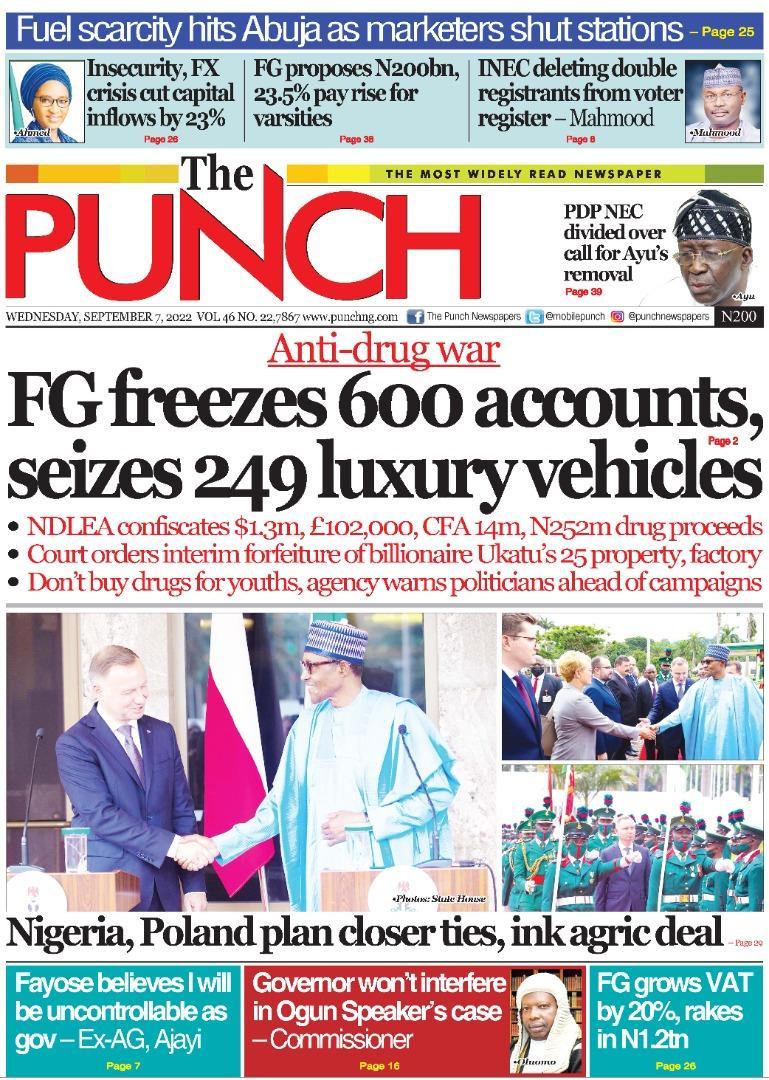 The Guardian: In a move to end the seven months closure of public varsities in the country, the Minister of Education, Adamu Adamu, yesterday, said government could only afford 23.5 per cent salary increase for lecturers, while a 35 per cent increment will be enjoyed by professors, as its last effort to break the industrial dispute between varsity teachers and the Federal Government. 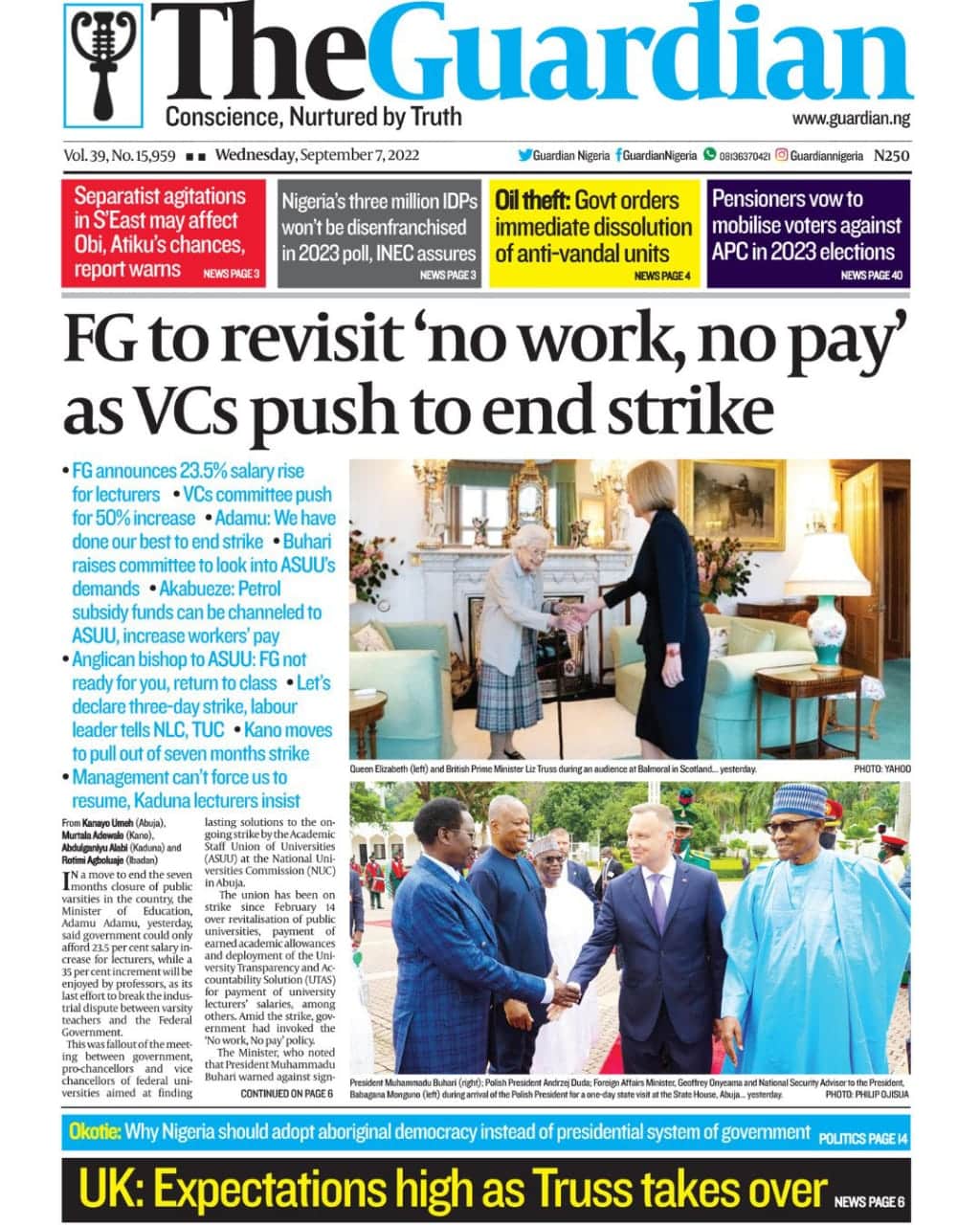 This Day: Against the background of the ongoing faceoff with the Academic Staff Union of Universities (ASUU) over alleged government failure to fulfil agreements reached with the union, the federal government has said it will not sign any other agreement it cannot implement. Minister of Education, Malam Adamu Adamu, disclosed this yesterday in Abuja during a meeting of Pro-Chancellors and Vice Chancellors of Federal Universities, held at the National Universities Commission (NUC). 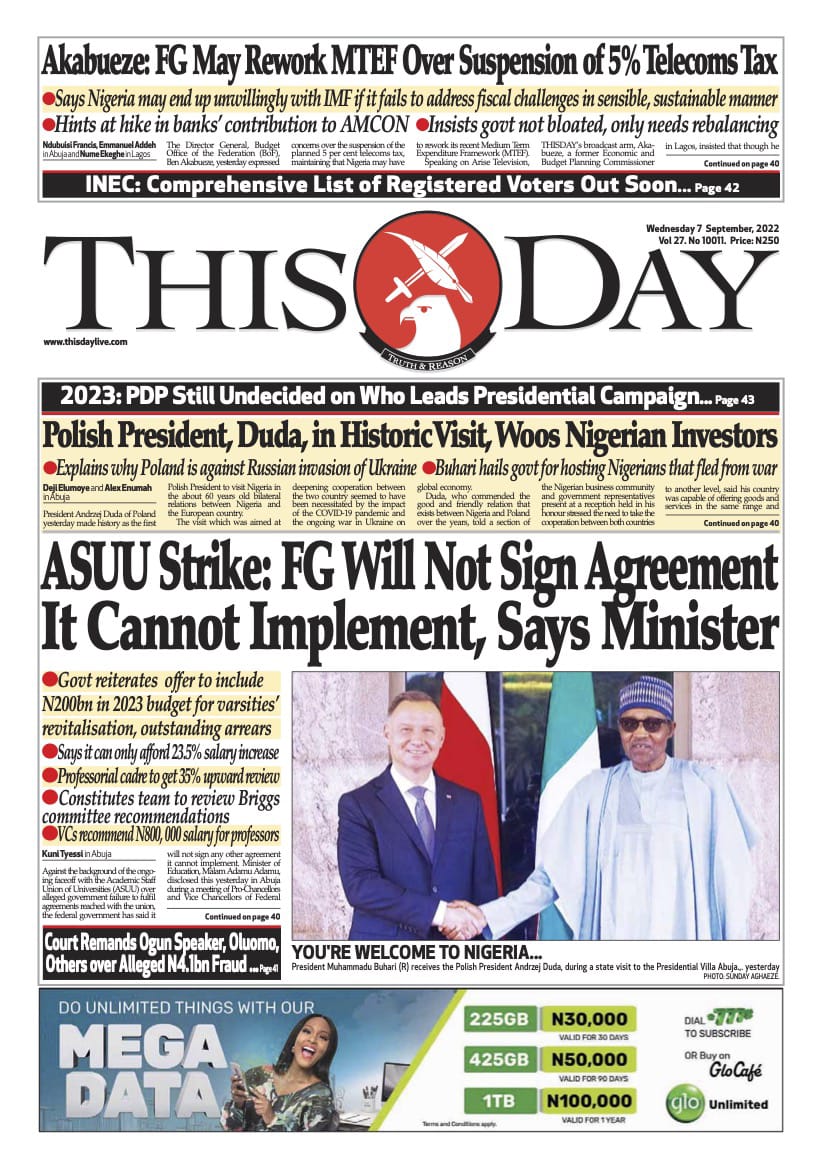 The Nation: The Federal Government on Tuesday said it has done all it can with regard to the ongoing strike by the Academic Staff Union of Universities(ASUU). Minister of Education, Adamu Adamu disclosed this to reporters at an ongoing meeting with Pro-Chancellors and Vice-Chancellors of Federal Universities at the National Universities Commission (NUC) Abuja. 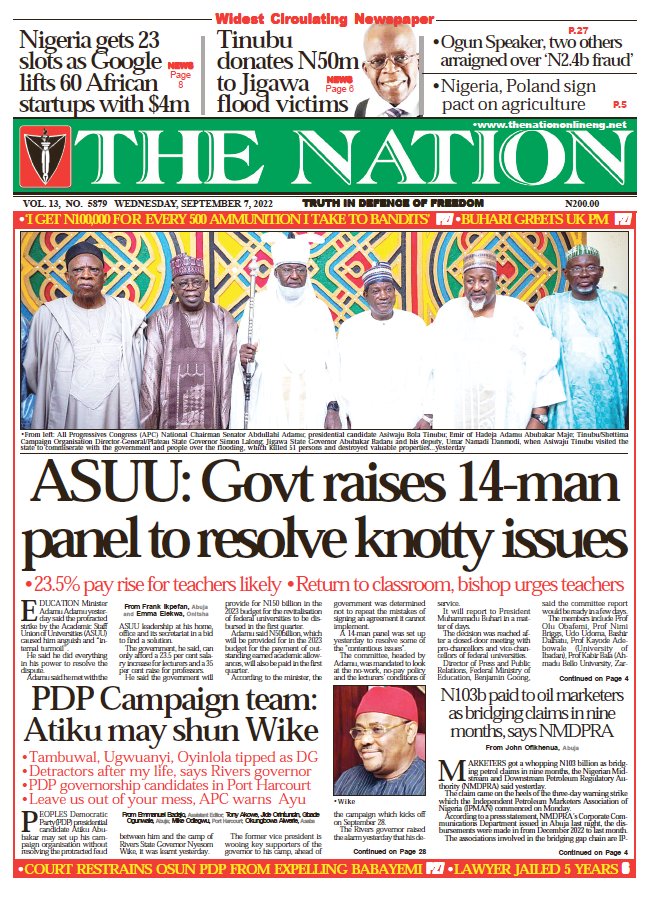 Daily Trust: The federal government yesterday said it could only afford a 23.5 per cent salary increase for all categories of the workforce in federal universities, except for the professorial cadre, which will enjoy a 35 per cent upward review.  This is just as President Muhammadu Buhari warned the government team involved in the negotiation with the striking Academic Staff Union of Universities (ASUU) against signing any agreement, which the government will not be able to implement. 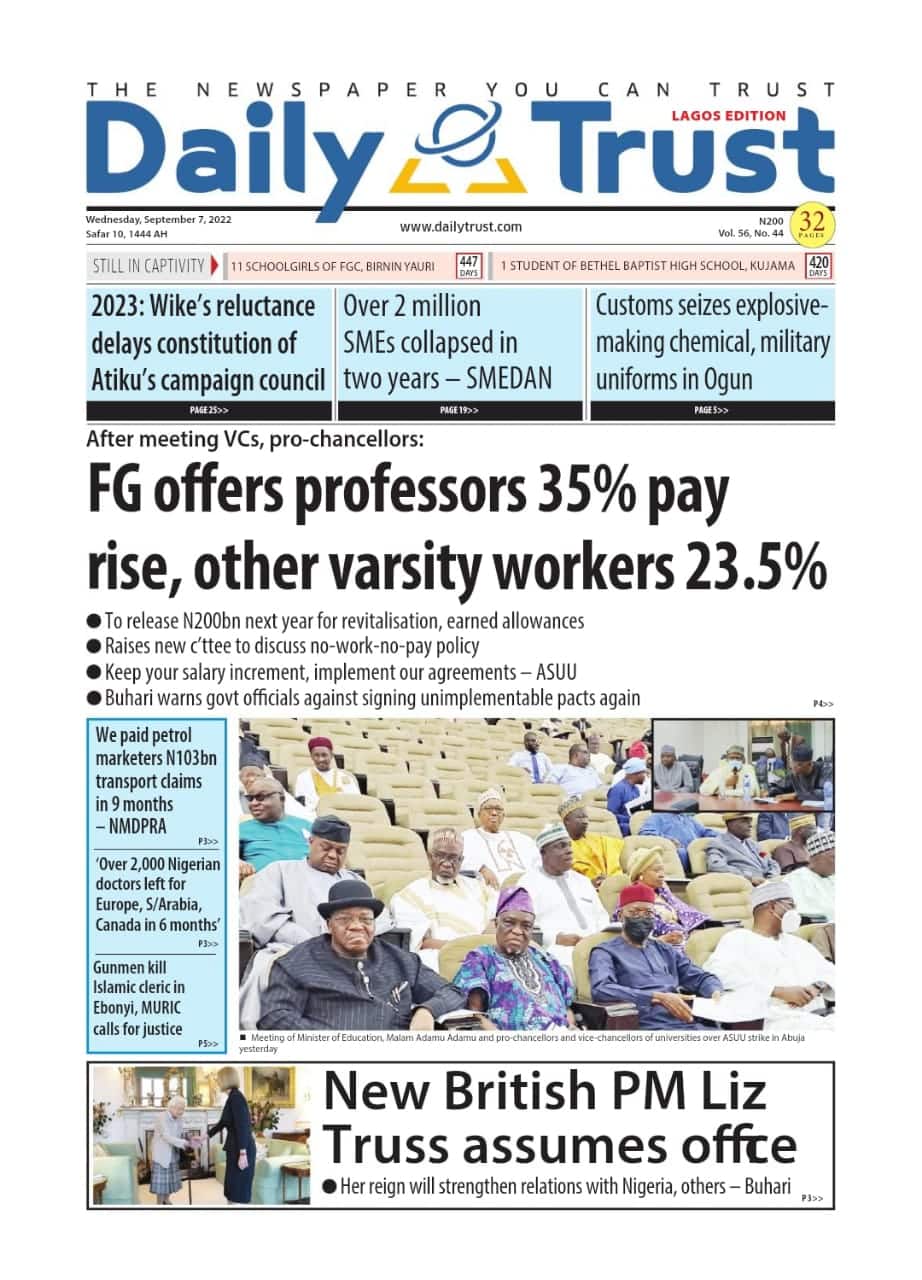