Ooni’s Love For Light-Skin Women: Things You Should Know About His 3 Failed Marriages 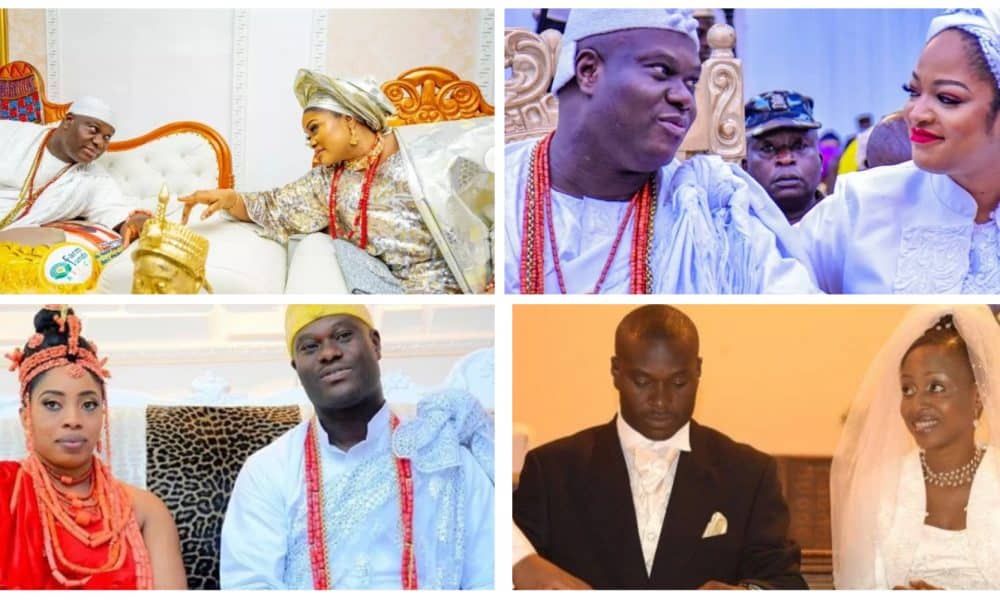 For many, the new marriage is no surprise considering he is a traditional monarch, however, some people have continued to wonder about the monarch’s reoccurring separations from his wives.

In this article, Naija News looks at the women that have been romantically linked to the monarch and his love for light-skin women.

Unarguably, the Ooni of Ife has good taste when it comes to women as his three failed marriages have similar traits of ‘light-skinned and beautiful women.

It was alleged that Bombata was against the Ooni’s decision to join the race for the throne, which led to their split after the coronation and she moved to the United Kingdom.

Despite the flamboyant marriage ceremony, it didn’t take long when rumours of problems in the marriage made the rounds online. The union did not produce any child and the couple parted ways in 2017.

Ooni and Naomi tied the knot in 2018 which became a subject of discussion online because of religion.

In 2020, the couple welcomed their first son together and shockingly, in December 2021, the Queen, announced that she was ending her marriage with the monarch.

Again, Ooni has found love with another beautiful light-skinned woman, Mariam Anako and was welcomed into the palace on Tuesday, 5th September 2022.