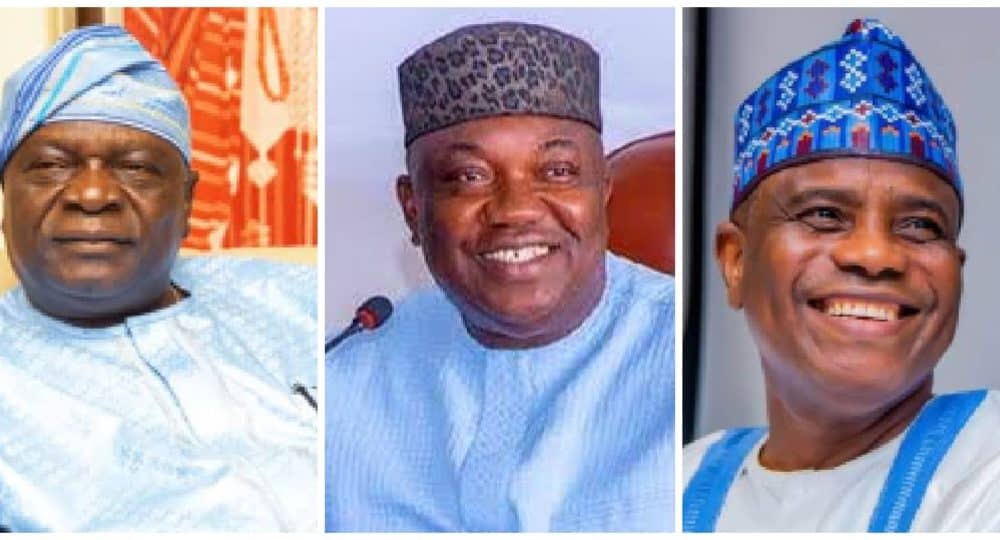 The Peoples Democratic Party (PDP), despite the crisis in the party is all out to constitute members of its presidential campaign council.

The back and forth between the presidential candidate of the party, Atiku Abubakar and the Rivers State Governor, Nyesom Wike had delayed the party from announcing members of the council, Naija News understands.

A former governor of Osun State, Olagunsoye Oyinlola has been tipped to emerge the Director-General of the PDP Campaign Council.

Others tipped for the position are the governors of Sokoto State, Aminu Tambuwal, and Enugu State, Ifeanyi Ugwuanyi.

Oyinlola and Tambuwal are seen as allies of the party’s presidential candidate, while Ugwuanyi is known to be an ally of the Governor of Rivers State.

A source that spoke with Daily Independent said Ugwuanyi’s name was suggested, giving Wike’s camp ten days to accept the chance of producing the campaign DG.

The source believes Tambuwal might not be favoured due to the issue on the ground that northerners are taking charge of sensitive positions in the party.

According to the source, the former vice president and the 13 PDP governors were given the privilege of six slots each for the campaign council.

However, all the candidates for various positions in the 2023 general elections were not allowed to nominate members of the campaign council.