‘Wake Up Yorubas, There’s Plot To Get Rid Of Tinubu If He Wins’ – Obafemi Awolowo’s Daughter Alleges, Endorses Peter Obi 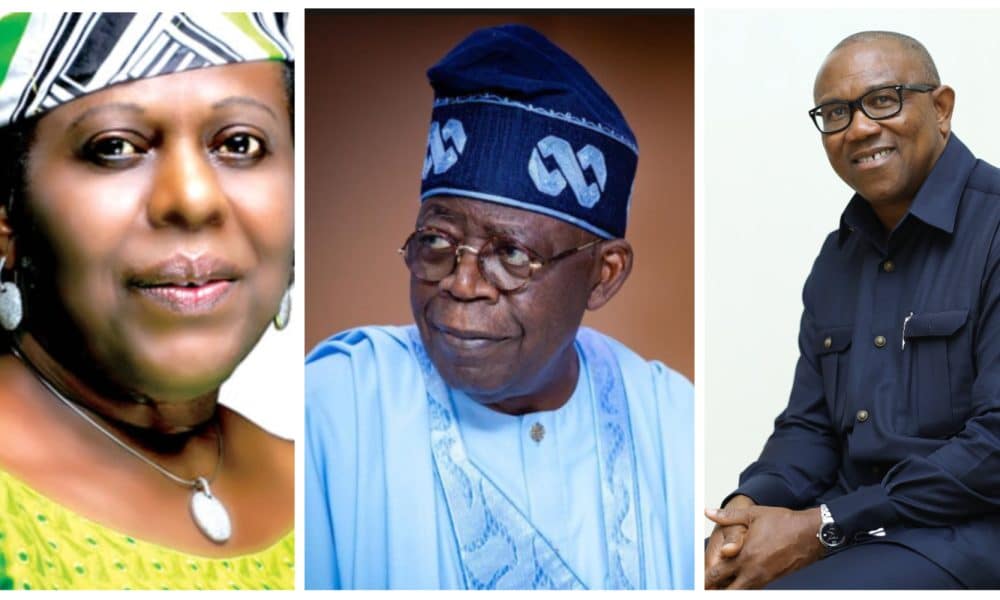 Tokunbo Awolowo-Dosunmu, the daughter of Nigerian nationalist and statesman, Obafemi Awolowo, has alleged there is a plot to get rid of the All Progressives Congress (APC) presidential candidate, Bola Tinubu.

Naija News reports that Tokunbo made the declaration while endorsing the Labour Party (LP) flagbearer, Peter Obi, ahead of the 2023 election.

She urged the Yorubas to stop being sentimental and tribalist about the three major candidates, contesting for the office of the presidency.

According to her, there is a plot to get rid of Tinubu if he wins the election because some people are aware of his medical condition.

She noted that if people are not careful, the APC vice presidential candidate, Kashim Shettima will end up being the president of the country.

She, however, noted that elders in the Southwest who are supposed to lead the youths in making the right decision have been quiet.

How To Improve His Chances At The Polls

Meanwhile, the South-West Agenda for Asiwaju (SWAGA’23) has said the support for its principal Bola Ahmed Tinubu will improve when the campaigns for the 2023 general elections start in earnest on September 28.

Recall that the Independent National Electoral Commission (INEC) had said that the campaign for presidential and National Assembly elections will commence on September 28, 2022, while that of governorship and state houses of assembly will commence on October 12, 2022.

The last day of the campaign by political parties for the presidential and National Assembly will be at midnight of February 23, 2023, while that of governorship and state assembly is at midnight of March 9, 2023.

Speaking on the plans for Tinubu’s campaign, SWAGA’s National Secretary, Otunba Bosun Oladele said that Tinubu’s record when he was the governor of Lagos state already serves as a good marketing tool to win Nigerians over.