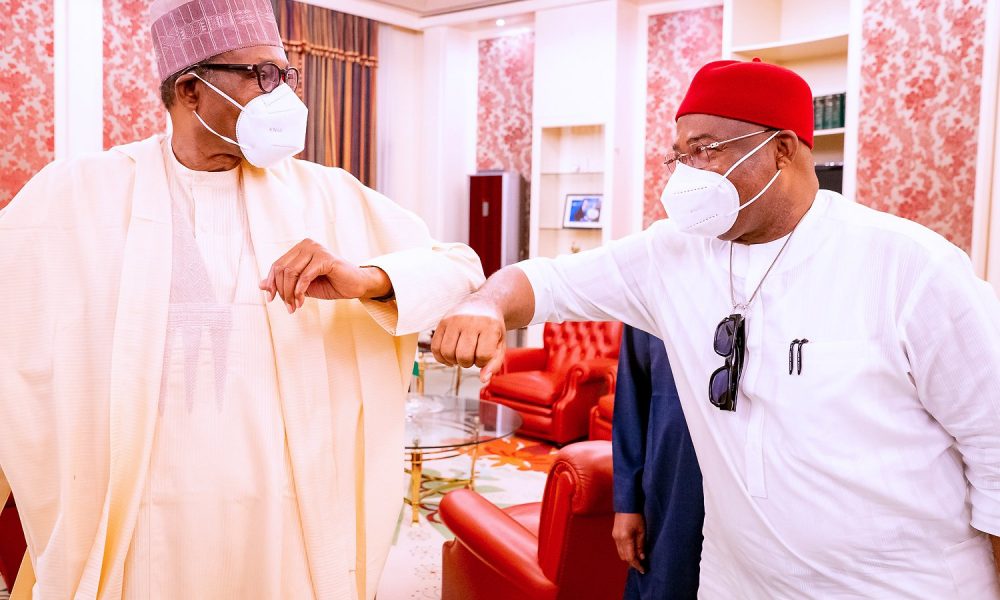 The president is expected to commission the 36 kilometre dualized Owerri/Orlu road and the first phase of the dualised 53 kilometre Owerri/Okigwe Road.

The release reads, “The Executive Council of Imo State confirmed, after its weekly meeting, confirmed that President Buhari will on Tuesday, September 13, 2022 pay a one day visit to Imo to commission the two signature road projects of the 3-R administration as well as the newly reconstructed Imo State House of Assembly Complex.

“Rising from the meeting, Wednesday, presided over by Governor Uzodimma, the Hon Commissioner for Information and Strategy, Declan Mbadiwe Emelumba said Mr. President’s second visit to Imo said Imo people residing at all the nooks and crannies of Imo State cannot wait to receive their beloved President.”

The governor said the two roads to be commissioned by Buhari would qualify as one the best roads in Nigeria and even anywhere in the world, adding that “the two roads have made a difference in the economic development and improvement of the State cutting across over seven Local Governments.

“The Assembly Complex has been re-equipped and re-furbished with state of the art equipment/gadgets and furniture that have brought it to a world class standard and in fact, the best in Nigeria today.”

Also speaking the State Commissioner for Works, Ralph Nwosu explained that the roads are ready.

He said: “At the commencement of the day’s Executive Council Meeting Governor Uzodimma performed the swearing-in ceremony of a Commissioner designate, Chief Cosmas Nwabueze Maduba who was unavoidably absent on August 17, 2022, the day his colleagues were sworn-in.”