See Five Nigerian Celebrities Who Have Been Sentenced To Prison 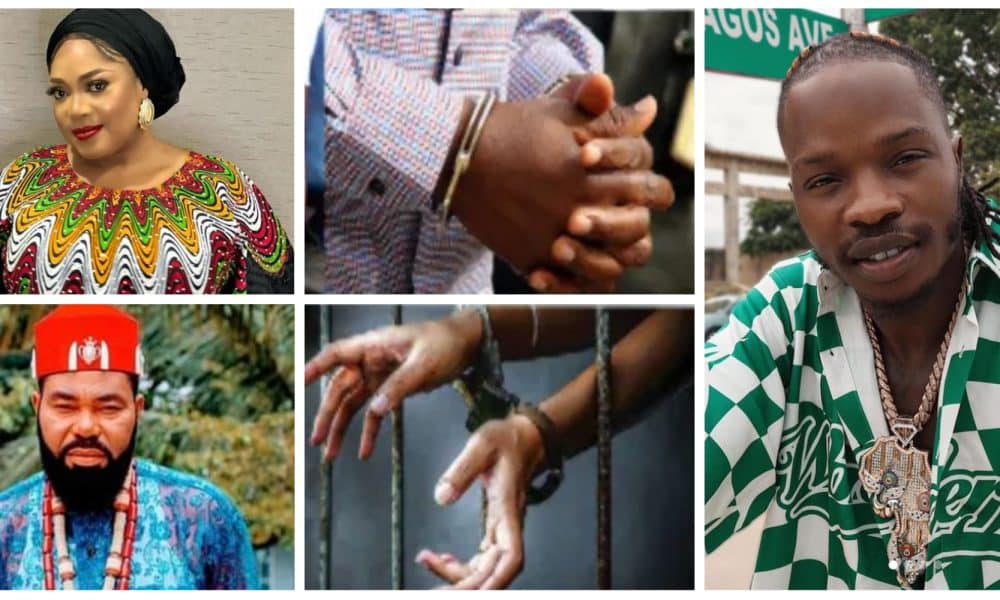 It may interest that some of your favourite celebrities are ex-convicts as a number of them have been arrested and sentenced to prison at a time in the past.

Naija News in this article takes a look at five celebrities who have been convicted of crimes and sentenced for it.

1. Moses Armstrong: The actor was arrested for allegedly raping a minor he adopted and living with his family.

He was first arraigned before a Magistrate Court in Uyo on June 17, but the case was struck out after the Magistrate, Samuel Ukoima, ruled that the matter was not properly filed.

Armstrong was also charged with rape, intimidation, conspiracy and supplying drugs or instruments to procure abortion.

He was sent to prison, however, on August 11, a High court in the state granted him bail.

3. Lola Margaret: In 2017, the Yoruba Nollywood actress, film producer and director, got arrested in the USA for wired fraud.

Lola reportedly had suspicious sums of money deposited into her bank account and repeatedly withdrew the money, which attracted detectives’ attention.

Magret was released and deported back to Nigeria in 2018. Considering the gravity of her actions, the actress decided to relocate to Ibadan from Lagos, maintaining a low profile.

4. Uche Odoputa: In 2007, the actor and movie producer was arrested at the international airport in Lagos,  for ingesting 1.336kg of cocaine and sentenced to eight months in prison.

Giving reasons for his action, Uche said he was not getting any substantial movie roles, and could not afford to feed himself and his family.

5. Naira Marley: In May 2019, Naira Marley was arrested by men of the Economic and Financial Crimes Commission (EFCC) over internet fraud.

The arrest happened a day after his hit single ‘Am I a Yahoo boy’ dropped online. He was slammed with 11- count charges.

After spending days inside Ikoyi Prison, Naira Marley was arraigned in court and granted bail for N2 million with two sureties in like sum.