What Buhari Said During Meeting With Jonathan In Aso Rock 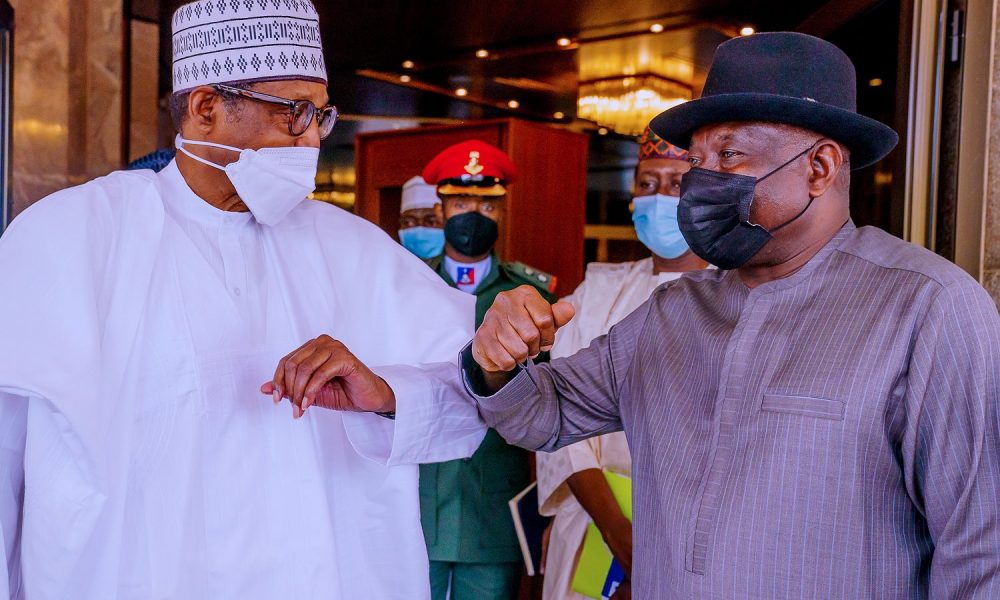 More details have emerged regarding the meeting between President Muhammadu Buhari and former President Goodluck Jonathan.

As earlier reported by Naija News, the two leaders met on Wednesday at the Aso Rock Villa in Abuja and discussed the current political situation in the Republic of Mali.

Jonathan is the ECOWAS special convoy to Mali.

There has been a lingering faceoff between Mali and Cote D’Ivoire over detained Ivorian soldiers.

About 49 Ivorian soldiers had been detained in Mali for ‘unlawful entry,’ and only the three females in the team have been released, leaving 46. The development is threatening a rupture in the relationship between the two countries.

Cote D’Ivoire has condemned the act as ‘hostage taking,’ and says it may take action, hence the need for intervention of ECOWAS leaders, as advocated by the Special Envoy, former President Jonathan.

A statement made available to our newsroom on Wednesday by the special adviser to President Buhari on media and public, Femi Adesina, quoted the Nigerian leader to have promised an intervention that will lead to a peaceful resolution.

“Nigeria is committed to promoting peace and harmony among ECOWAS countries,” President Buhari said in the statement.

The Nigerian leader further “pledged an initiative from Nigeria, towards immediate resolution of the impasse.”

The president is expected to commission the 36-kilometre dualized Owerri/Orlu road and the first phase of the dualised 53-kilometre Owerri/Okigwe Road.