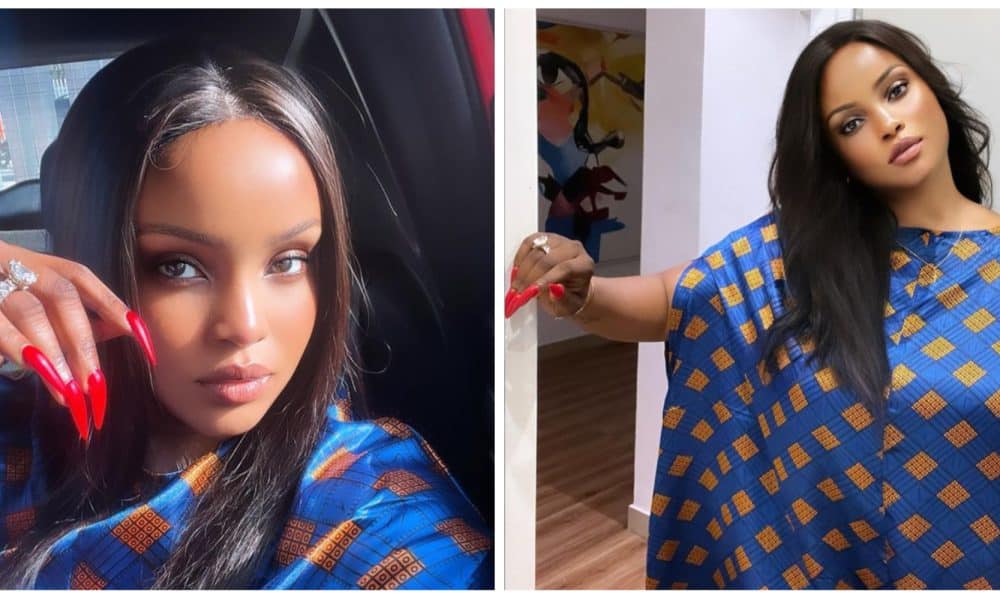 Naija News reports that Maureen Esisi took to her Instagram page to share beautiful photos of herself while flaunting an engagement ring.

In the photos, Mareen was captured rocking a blue dress as she confidently showed off her ring which got many of her fans jubilating and congratulating her.

juliet.david.9440 wrote: “Thé ring  momma are we engaged tell me I come all the way from France”

omalifyy wrote: “You sure know how to engage us… I’m happy to see you happy… REDVIGOR Nwa i di SHARP”

erebite wrote: “Na pretty preggy I dey see sef no be only the ring”

chimamandazoe wrote: “This wedding band be killing her haterz”

annie_beautifull wrote: “Put the hands in our eyes and we don’t care mama Red”

juliet.david.9440 wrote: “My eyes are doing me some how mama the ring too fine jor”

Actor Cries Out For Help

Meanwhile, Nollywood veteran actor, Alhaji Abdulsalam Sanyaolu a.k.a Charles Olumo Agbako, has cried out for help over a serious illness he is currently battling.

In a recent chat with the BBC Yoruba service, the 98-year-old veteran revealed that he had to undergo surgery when the illness began years ago.

The veteran stated that he has been in a lot of pain for a long time and has resorted to taking medications to relieve himself.