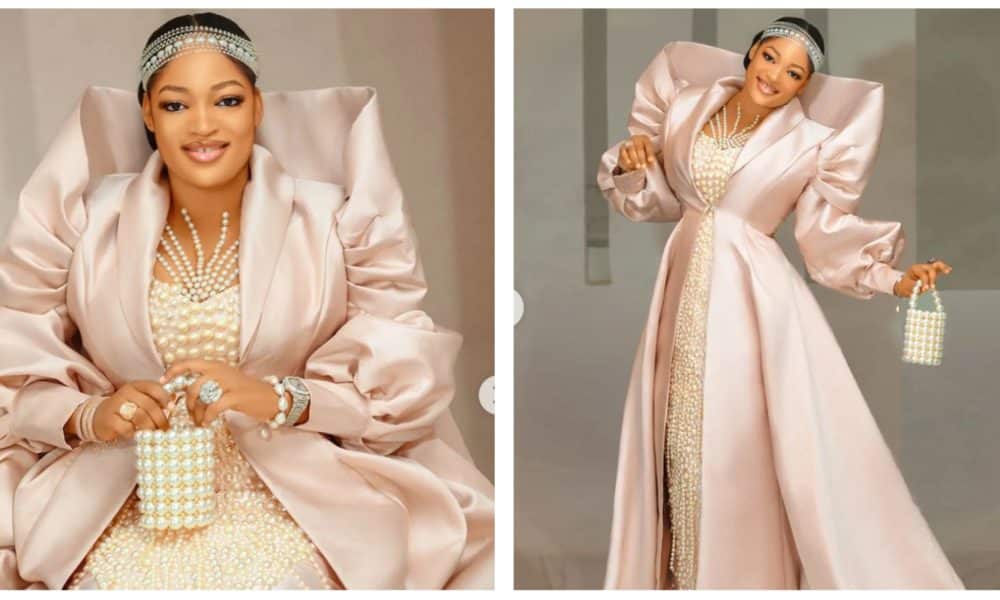 The estranged wife of the Ooni of Ife, Naomi Silekunola, who announced her divorce from the revered monarch, Oba Enitan Adeyeye Ogunwusi, in December 2021, has refused to drop the royal surname.

Naija News reports that this is coming two days after Ooni’s new wife, Maria Anako was welcomed into the palace of lle-Ife, Osun State.

This publication checked Naomi’s Instagram page and discovered that she has deleted the divorce post, used in announcing her separation from her husband.

The single mother of one has also refused to drop the royal surname as her Instagram profile still boasts her former position as queen.

it reads: “Official page of Her Majesty Queen Naomi Silekunola O”, and the username is still “Queen Silekunolanaomi Ogunwusi”. 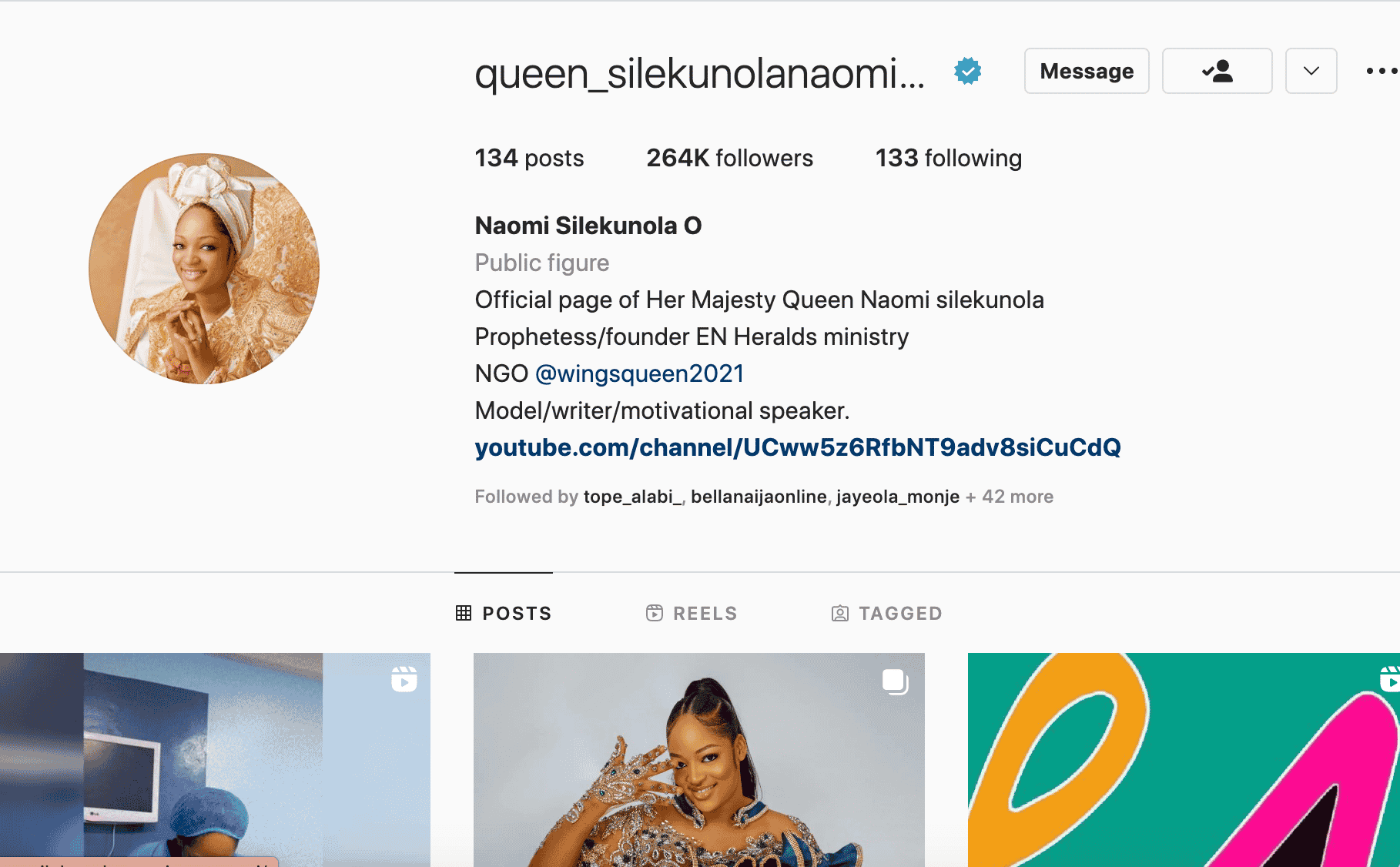 It would not be out of place to say that the ex-queen has ironically become an Instagram celebrity since she announced the end of her marriage with Ooni.

She used every opportunity to flaunt her new freedom, wearing tight-fitted dresses and sharing sexy photos of herself on her page.

A few months ago, the prophetess became a topic of discussion online after a video of her, dancing to Nigeria’s hit song, ‘Buga’ went viral.

The Ooni Of Ife, Oba Adeyeye Enitan Ogunwusi has welcomed his new wife, Olori Mariam Anako into the palace of the Oduduwa.