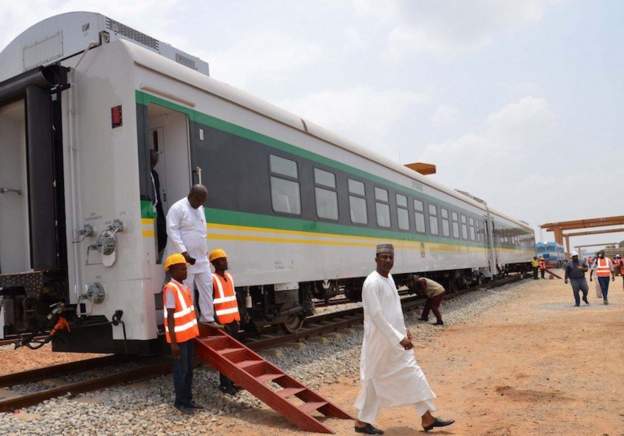 The rail transport and pipelines industry has recorded a 51.01 percent decline in the sector’s contribution to the Gross Domestic Product (GDP).

Naija News reports that the National Bureau of Statistics (NBS) made this known in the Q2 2022 GDP data released recently.

The NBS said the nominal GDP output of the sector crashed from N87.06m in the first quarter of 2022 to N42.65m by the second quarter of the year.

According to the Bureau, this decline occurred as the subsector continues to struggle with insecurity and vandalism.

In August this year, the Nigeria Railway Corporation suspended the Lagos-Kano and Ajaokuta train services due to fear of terrorist attacks.

This was following the bombing of the Abuja-Kaduna train and the kidnap of train passengers in March.

The Minister of Transportation, Mu’azu Sambo, recently said that work on the Port Harcourt-Maiduguri Eastern rail line was suspended due to insecurity and vandalism of railway properties along the corridor.

Sambo said China Civil Engineering and Construction Company, the contractor handling the rehabilitation and reconstruction of the project, had complained of attacks on its workers along the Abia State axis.

Similarly, the Petroleum and Natural Gas Senior Staff Association of Nigeria had in March raised the alarm over the huge losses incurred by operators in the oil and gas industry as a result of vandalism and oil theft.

The President of PENGASSAN, Festus Osifo, said between October 2021 and February 2022, over 90 percent of crude oil pumped into the Trans National Pipeline by operators was vandalised.

Osifo said the problem arising from vandalism was that companies were being forced to go into curtailment when the assets/export pipelines were damaged as they could not export what they produced, thereby incurring production losses.

According to him, each operator in the sector loses an average of 10 days of production shut-in monthly due to vandalism.